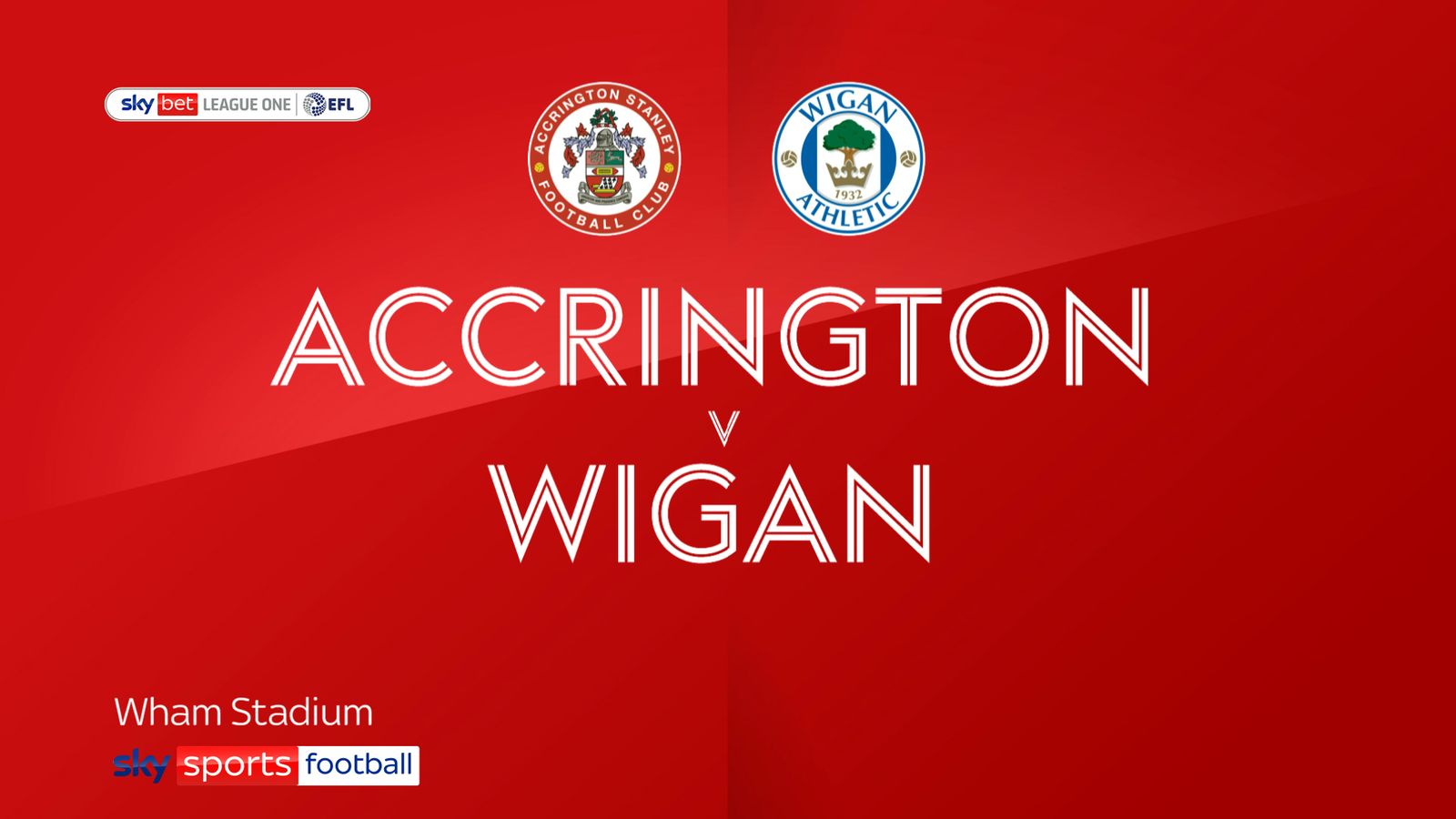 Accrington brought his play-off game back on track with a 3-1 win over Wigan, which returned to the relegation places.

Stanley had lost their last three games, but the win left them three points outside the top six in a tightly packed table.

It was a breathless start with Wigan taking the lead within 40 seconds.

Dan Gardner found Callum Lang, who raced forward and scored his seventh League One goal since signing in January.

Stanley responded in the third minute when Cameron Burgess jumped highest to bond with a Sean McConville free kick and his towering header found the back of the net.

Lang then shot just wide and McConville hit the bar with a 20-yard volley.

Stanley took the lead in the 15th minute when a McConville free kick into the six-yard penalty area was knocked home by Michael Nottingham despite keeper Jamie Jones attempting to scramble the ball off the line.

The Reds extended their lead in the 61st minute after McConville was fouled in the Tendayi Darikwa area and Dion Charles took the penalty home, his 18th goal of the season in the same week as his appearance on the Northern Ireland squad.