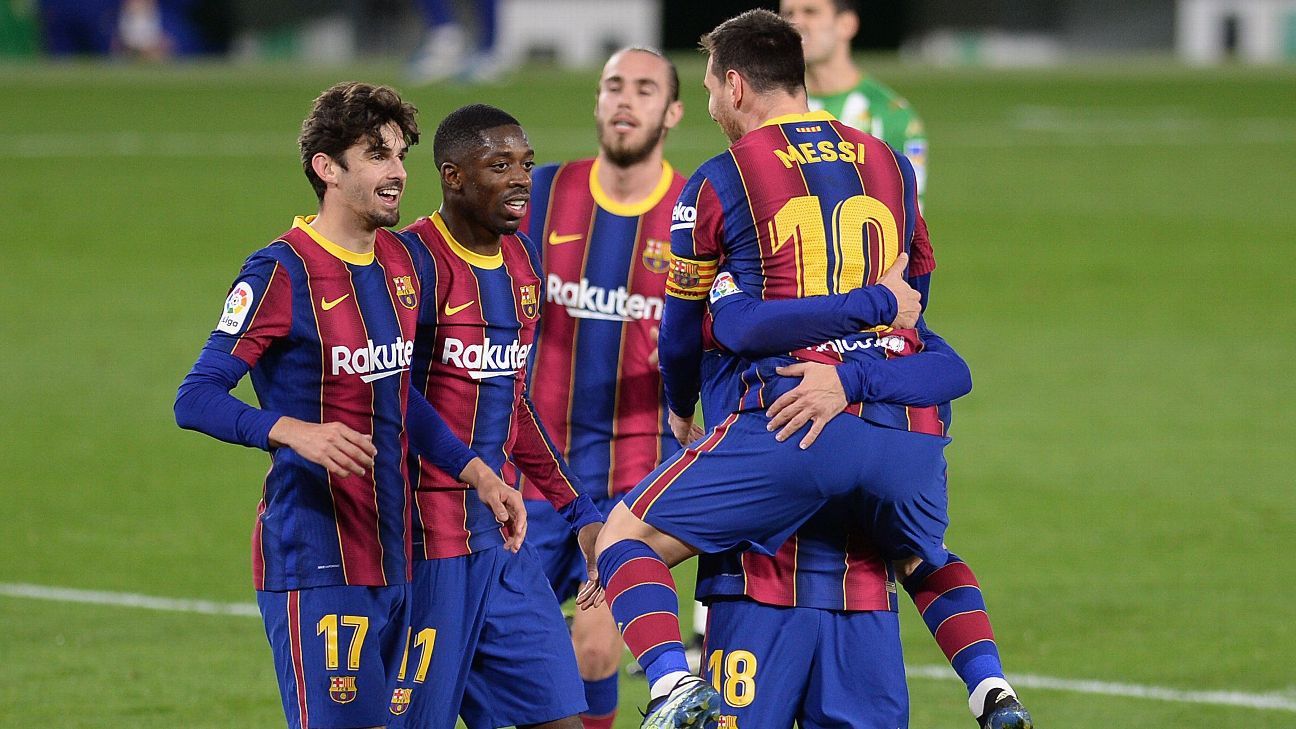 Lionel Messi came off the bench to bring Barcelona back to a 3-2 win after a goal against Real Betis, but it was winger Francisco Trincao who took the win by picking the perfect moment for his first goal for the club.

Barca coach Ronald Koeman made the surprising decision to remove Messi and the formidable Frenkie de Jong from his starting line-up, perhaps with a view to the Copa del Rey semi-finals in Seville next week, and saw his side falling behind Borja Iglesias hits the counterattack in the 38th minute.

Messi hit Barca in the 59th minute, less than two minutes after his move, and helped their side score a second goal by releasing Jordi Alba with a lush pass that resulted in Betis defender Victor Ruiz denying Sent ball into its own net.

Ruiz made amends after a Nabil Fekir free-kick in the 75th minute, but Portuguese Trincao had the last word and shot off the crossbar in the 87th minute to finally hit Barca his 17th appearance in all competitions.

“I didn’t have to score for my own good, but you have to help if you can and I’m very happy we took the win,” Trincao told reporters.

“My team-mates always encouraged me and everyone congratulated me on the goal.”

Barca, who have won the last six league games, are second overall with 43 points, seven behind leaders Atletico Madrid, who have two games in hand.

The Catalans made an impressive comeback against Granada in the Copa del Rey quarter-finals on Wednesday, fighting their way back from two goals to win 5-3 in extra time.

Barca defender Ronald Araujo was sent off in the 12th minute with an ankle problem, and Koeman took another unorthodox move by sending De Jong, who recently reinvented himself as an attacking midfielder, to the center-back.

The Catalans showed another chaotic performance on defense but were able to make up for it thanks to their star-studded attack, especially after Messi and Trincao made a double move from Koeman.

“We changed our attitude in the second half and that was the main factor behind the win,” added Trincao.

“We were a little scared in the first half and didn’t take many risks.”