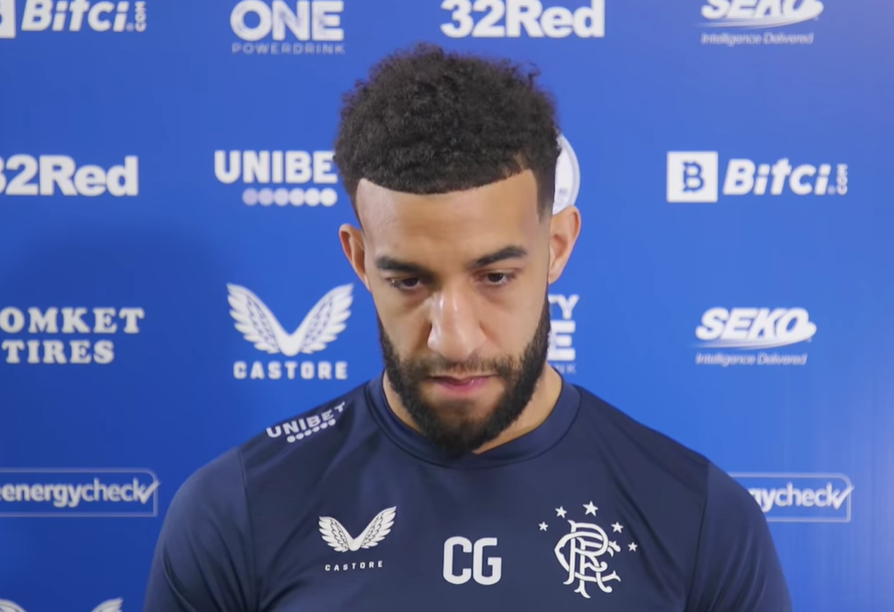 Former Brighton and Hove Albion footballer Connor Goldson has spoken out after an argument over racism caused a Europa League tie.

Goldson, 28, who was the captain of the Glasgow Rangers’ captain against Slavia Prague at Ibrox on Thursday (March 18), was racially abused while in Brighton.

The European governing body for sport, UEFA, said it would investigate the “incidents”.

On Friday, Goldson told Sky Sports: “I’m really proud of the way the club handled it, but I don’t think I’ve ever had any hatred on a football pitch like I did yesterday.

“I’ve never been so angry on a soccer field. But I really despise them.

“Me and the whole team waited for them in the tunnel for 45 minutes and they didn’t come in.

“I’m proud of every single teammate, every employee in this football club, from the chairman who supports us to Ross Wilson, the football director, to the manager who stands by us.

“I respect them 100 percent because they didn’t try to lead us away, because the club could get into trouble.

“It goes beyond football. So much is talked about how to eradicate it, how to get better, but it doesn’t get better at all. It’s getting worse.

“You walk into the locker room after the game and see boys with monkey or banana emojis on their social media, labeled as words a white man can never imagine being called. It’s awful. “

Several Rangers players were then racially abused on the Instagram social media platform, including Kemar Roofe, who was sent off during the game.

Goldson said not enough was being done to rid football of racism and token gestures were not enough.

When England beat Bulgaria 6-0 in Sofia in October 2019, the game was abandoned twice due to the extent of the racist abuse by the home fans.

Despite the game being almost abandoned, Bulgaria was fined just £ 65,000 and asked to play two games behind closed doors – one of which was banned for two years.

The game – a qualifier for Euro 2020 – was marred by the fans’ Nazi greetings and monkey chants and has already been played with parts of the stadium that were closed after prior racist abuse.

“It stood up for someone I’m very close to, who I’ve built a real bond and relationship with over the past few years.

“I was really hurt to see what happened, but it will never change.

“As black players, we are used as farmers in an industry to make money. I think that’s all we are And the representatives won’t do enough. You never did enough. It’s awful to see. “

He told the BBC, “I’m being honest and taking a knee: signs from the higher authorities to make it look like they’re doing something to help.

“But they are not, because when these things happen there are no consequences. There might be a fine, but it’s never enough.

“You are being punished more for showing advertisements on your underwear than for being racist.

“It will never change. We’re at a time when I feel like we’re making progress, but with things like social media it’s a step backwards.

“You have the incident on the field where you are already angry. Then you come into the locker room and the guys look at their phones and you see all sorts of emojis and racism from parts of their fans. It’s just hard to take. “

Goldson, who joined Brighton in August 2015, was racially abused by a Derby County fan four months after arriving when Albion was playing at Pride Park.

Signed by Rangers in June 2018 after Brighton’s first season in the Premier League, he has played 95 times and scored 10 goals since then.