The Blues are likely to make changes to their squad this summer after slipping just below the top four last season, though they then got a bit of a surprise with a great Champions League win.

MORE: Medical TOMORROW: Chelsea is about to close the big deal

Romelu Lukaku Chelsea transfer talks continue to dominate the headlines but it looks like fans of the West London giants can expect signings in other key areas as well.

See below for details as Simon cites Phillips Law who says Chelsea are chasing down two Premier League stars in Declan Rice and Adama Traore, which together could cost £ 125m …

“I’m not convinced it’s all over with Lukaku. Inter may still have to sell. 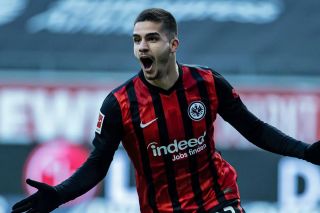 This would certainly be money well spent from Chelsea as Traore is a good alternative to Achraf Hakimi as a full-back.

Rice has done brilliantly at West Ham meanwhile and it could be worth paying £ 100m to upgrade the inconsistent duo Jorginho and Mateo Kovacic.

That is when the Premier League switch window opens and closes...