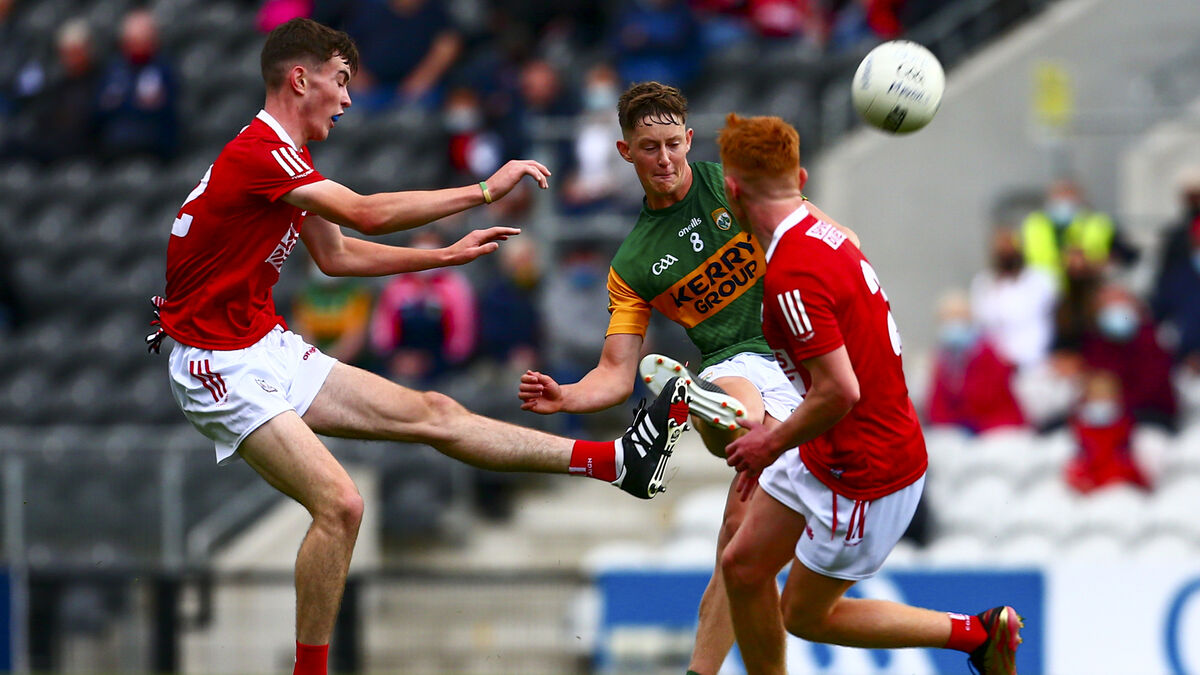 Kerry’s eight-year stranglehold at the Munster Minor Football Championship is no more, with Cork scooping a points win in the provincial semi-finals tonight to leave the kingdom and secure his spot in Wednesday’s playoff in the process.

Kerry, who was just five minutes down with 10 minutes left, was on the verge of forcing extra time when James Costello’s charges narrowed the gap to the minimum and had a chance to equalize three minutes into the second-half break Dylan Roche missed a close-range free kick to make sure Cork held.

Cork will have been disappointed how they let their opponents back into the running after leading 1-13 to 1-6 on the second Waterbreak. There were plenty of mistakes on both sides, as cheap sales and bad passports dominated the hour.

That result means that in the same year, Cork beat Kerry in smaller and U20 championship games for the first time since 2013.

Despite playing against a strong wind in the first half, Cork held a commanding lead of 1-9 to 0-6. In truth, their half-time advantage should have been greater, as Michael O’Brien’s side scored seven wides in the first half and lost two more attempts at the same time.

Cork’s two standout first-half strikers, Niall Kelly and Hugh O’Connor, were the first two guys in red to put the hosts ahead early.

However, it followed Kerry’s most prolific halftime spell, landing four in five minutes with no response – Eoghan Hassett (0-2 free spins), Jack Clifford and Luke Crowley, the providers – to go from two behind to two in. to come up front in the eighth minute.

The kingdom would only create two more white flags between that time and the call at halftime. Cork’s overall superiority meant the guests had little chance of capitalizing on the elements.

A vacant Hugh O’Connor and a Jack O’Neill point brought the hosts back on par.

After the game resumed, they continued to build the distance between themselves and their opponents, a goal by Michael McSweeney at the end of an unanswered 3-1 outbreak gave the home side a seven lead in the 29th minute.

Kerry cut the six-point gap in half when he secured a soft Hassett goal early in the second half.

Cork gave an impressive response to their credit, with Jack O’Neill (0-2), Kelly and O’Connor (free) opening a gap of seven again on the second waterfall.

Six Hassett points put Kerry straight back into the mix, but they were unable to find an equalizer point. Your nine-in-a-row offer for Münster has ended.