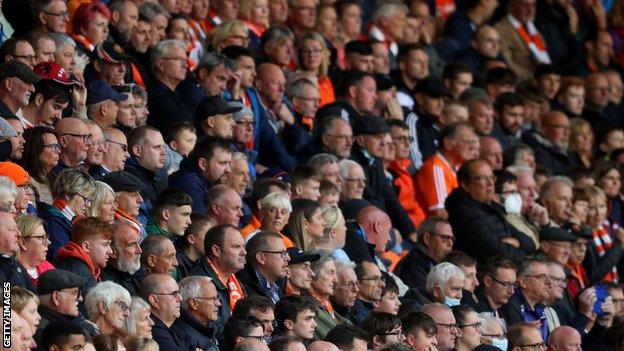 After 18 long and frustrating months, fans are finally back in sufficient numbers for football matches.

We asked you to tell us about your experience of returning to the crowd – and there were some emotional stories.

Gordon Buckley: “The first time I stepped back on Bloomfield Road after the pandemic was very emotional and a few tears were shed. I am 59 years old and have followed Blackpool for 51 years; it is my sacred place that means the world to me. The friends you see, who you don’t know, but still say hello because they wear the team’s colors. “

Beach: “I went back to the home of football, Vicarage Road, to see the mighty ‘Orns defeat Aston Villa on the first day of the season! It’s been two long years since I last saw a live football match, and what a return it was “! A sold out audience, a great atmosphere and great football at the end! Life may not be entirely normal, but watching football live again definitely brings it back! ”

Paul Reynolds: “It has helped to reestablish an increasingly fragile connection between the club and the fans. The intense atmosphere at Spurs last weekend was unprecedented in my experience and it felt like a mixture of joy and relief that we could be there again and that we have a chance to positively influence our team that we have been denied for so long. “

Stuart Baird: “My son was born three weeks before our last Premier League relegation (in 2004) so ​​this was his first game in Leeds in the Premier League. I’ve taken him to some terrible games over the years, but this team by Marcelo Bielsa and the atmosphere – the football game was perfect. Both sides got to the point. The noise was unbelievable. It was like being with the family. ” 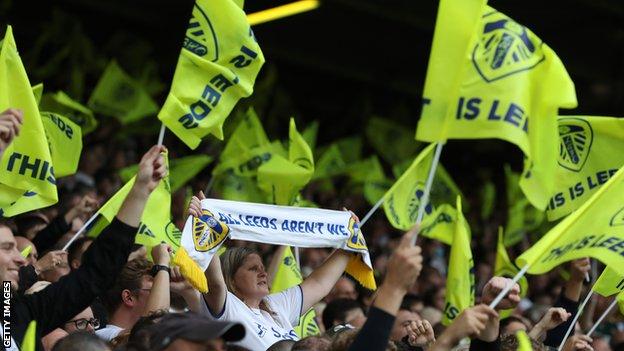 Simon Vickers: “It’s incredibly difficult to describe. The rain soaked me when I went to Elland Road and I was so emotional that I hardly noticed it. To have the opportunity to sing the current champions and the champions of the past applauding that we lost felt so long. ” overdue. We love these guys and they love us and what else is football about? It is good to be at home. May it go on like this for a long time. “

Richard Nuttall: “Being on Elland Road yesterday and hearing my Leeds fans sing ‘Marching On Together’ so loudly at 3pm brought a tear to my eyes and ranked up there with the birth of my children. Emotional . “

S-Dixon: “I woke up early on Saturday morning with excited butterflies when I returned to Etihad for the first time. The traffic was a nightmare and it was raining, but it’s Manchester so normal service resumed! It was emotional to be back in To be ground. ” and I couldn’t really sing along with Blue Moon at kick-off because I was really puffed up. There is nothing better than experiencing live sports together. “

Andy Steggals: “Getting back to Selhurst with my 81-year-old father for the first time in many months meant so much. We’ve been going to the Palace together since the 1970s and we’ve seen it all. Managers, chairmen and players come” and go. .. we go up … we go down, but one thing remains the same, the passion of the audience, the noise from the stands and my father next to me … that is something special. “ 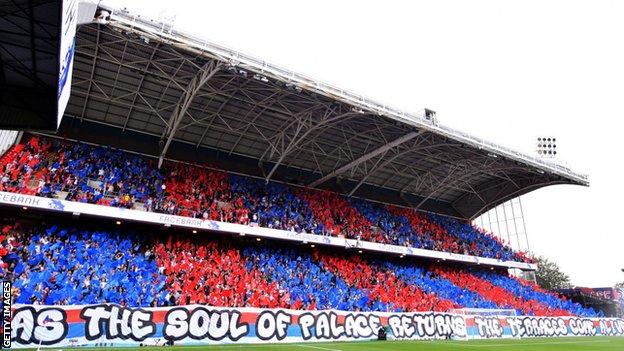 “When the soul of the palace returns, the terrace comes to life” – a fan banner in Crystal Palace’s goalless draw against Brentford in Selhurst Park

James Smit: “It was my first time at Anfield Road in a year and a half. Not only was it great to see it in full, but the mural on the Kop for the now 97, away fans, meeting old friends … In the Dark.” Days of lockdown earlier this year, I didn’t think I’d be back in a full Anfield less than seven months later. It was amazing. “

Roger Thornton: “In Leeds we were deprived of the celebration of promotion and return to the Premier League. Especially painful for my grandson to miss the experience that cannot be got back. It was priceless to see all the youngsters standing in their seats and grown men cried. ” . ”

Steven Iowe: “The beginning of You’ll Never Walk Alone is always emotional, but hearing more than 50,000 chants made my throat lump. Hearing a lot of that magnitude, all as one for a common cause, made me feel like it that maybe for the first time in almost 18 months things will be the way life used to be. “

Jim Hughes: “Being a football fan brings a magical sense of community and belonging. The support of a fan club, in my case Exeter City, exacerbates those feelings and has seen over 5,000 at both second division home games so far this season” was pretty emotional. I often tell my non-soccer friends that the power of soccer to do good should never be underestimated. Welcome back everyone! “

Why Welsh Soccer is Forward of the Curve on Playing Sponsorship