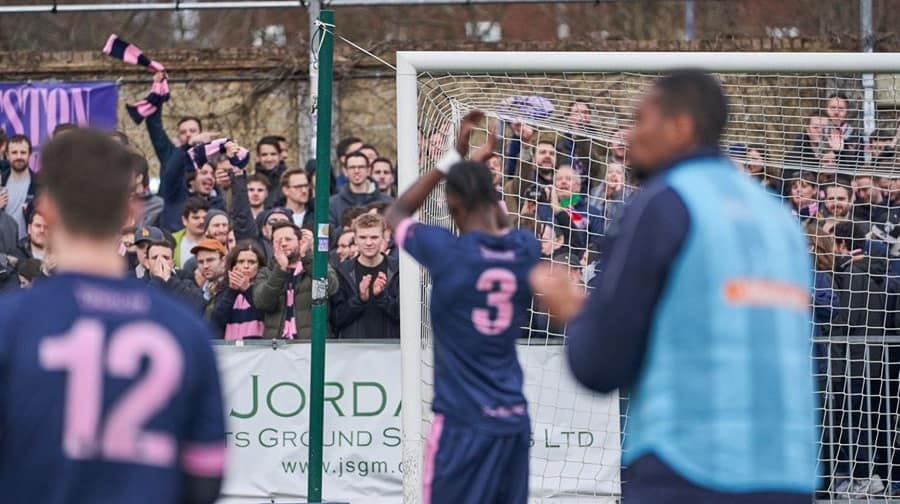 Dulwich Hamlet chairman Ben Clasper continues his battle this week to “protect the long-term future of the football club” under threat of National League penalties.

East Dulwich Club issued a statement last Friday (Feb.5) saying the team will not fulfill their games until final funding is in place as the National League South emerged from a two-week suspension on Saturday is.

Clasper told the news why his club had to speak out.

He said: “Ultimately, the league was banned for two weeks to accomplish one thing – to get back to the government and get the clubs funding to keep them going, as the league agreed it wasn’t a viable one for us There is an option to continue.

“At the start of the season, the competition set the parameters that we would either have crowds or would provide funding.

“But they never contacted us to say we failed, sorry. Instead, they sent a voting form and then expected everyone to start playing again. But if we couldn’t play two weeks ago, how could we possibly play now?

“You continue to quote rule 8.39, which threatens expulsion if you fail to play a game. We have to defend our position – we don’t refuse to play, you [the National League] called the suspension and did not fix the problem so suspension should continue. “

The Hamlet have only played thirteen of the 40 games that would mark the end of their season in the National League South. As the cost of fulfilling the games outweighs the revenue due to the indefinite lack of gate revenue, it becomes increasingly difficult to see how this campaign could ever end.

All 66 National League clubs in their three divisions have voted on whether the season should be canceled. However, Clasper is outraged that the games are likely to resume in the meantime.

He continued, “When the league general manager was asked why the suspension was not continuing while they were waiting for this vote, his response was that the season cannot take place if people dragged out the voting for four weeks.

“But Darlington played two games less than us in the National League North [eleven]and from this week onwards they have to play twice a week every week to end the season. One more break and they play three games a week.

“Then you have to start thinking, look, we’re not going to end it.

Dulwich has been without gate income that season. Photo: Ollie Jarman

“Almost every other club supports this stance, but a tiny minority will make everyone happy and bankrupt by forcing them all to play.

“In the middle there are clubs that have the resources to go on but don’t want to see harm to others, and Dulwich Hamlet is in the boat where we want to go on but we can’t. If we do, we’ll run into debt and the rules of the league say that if you don’t have enough money to end a season they can expel you. We are already in that position.

“There is no way we can match the league’s catch-22. The only rule we’ll stick to is to protect the football club’s long-term future.”

Before Dulwich’s postponed trip to St. Albans on Tuesday, Clasper reacted in frustration to a tweet from the Hertfordshire Club the previous day that read, “We are ready and hope to see Dulwich Hamlet at Clarence Park tomorrow night.”

Criticizing the club’s Twitter account on the platform itself, Clasper said on the news, “There are two reasons some clubs can afford to play: some have independent funds and are run by wealthy individuals, and another is, that they have more money than they expected in the ridiculous October to December [bailout fund] Sales scandal.

“One of the penalties for not completing a game is that the other team gets points. What you see now are clubs saying they are ready to play and it is the other club’s fault. “You lost the game. So can we have our three points?”

“St. Albans don’t have big crowds, so they have a ton more money than expected.”

At the forefront of Clasper’s concern are, of course, the many Dulwich Hamlet employees and the physical strain from Covid-19 infections that has affected Gavin Rose’s squad.

Clasper added, “We had a Covid issue on a game that would have been caused by someone who was asymptomatic. Nobody went wrong, but it hit some of our players and some of them were really uncomfortable.

“But if you go into the league and say we have a problem, you are told where to keep it.

“We told them in writing that we were not going to put our players or physical therapists in a position where we would force them to play, but it fell on completely deaf ears. It’s that idiotic determination to keep going. They put you in one place when and how often they can. “

Steven Gerrard: Rangers have not all the time bought deserved outcomes...

Premier League information: Wolves worry being caught up within the aftermath...

Ainsley Maitland-Niles: Leicester be part of Southampton and West Brom in...