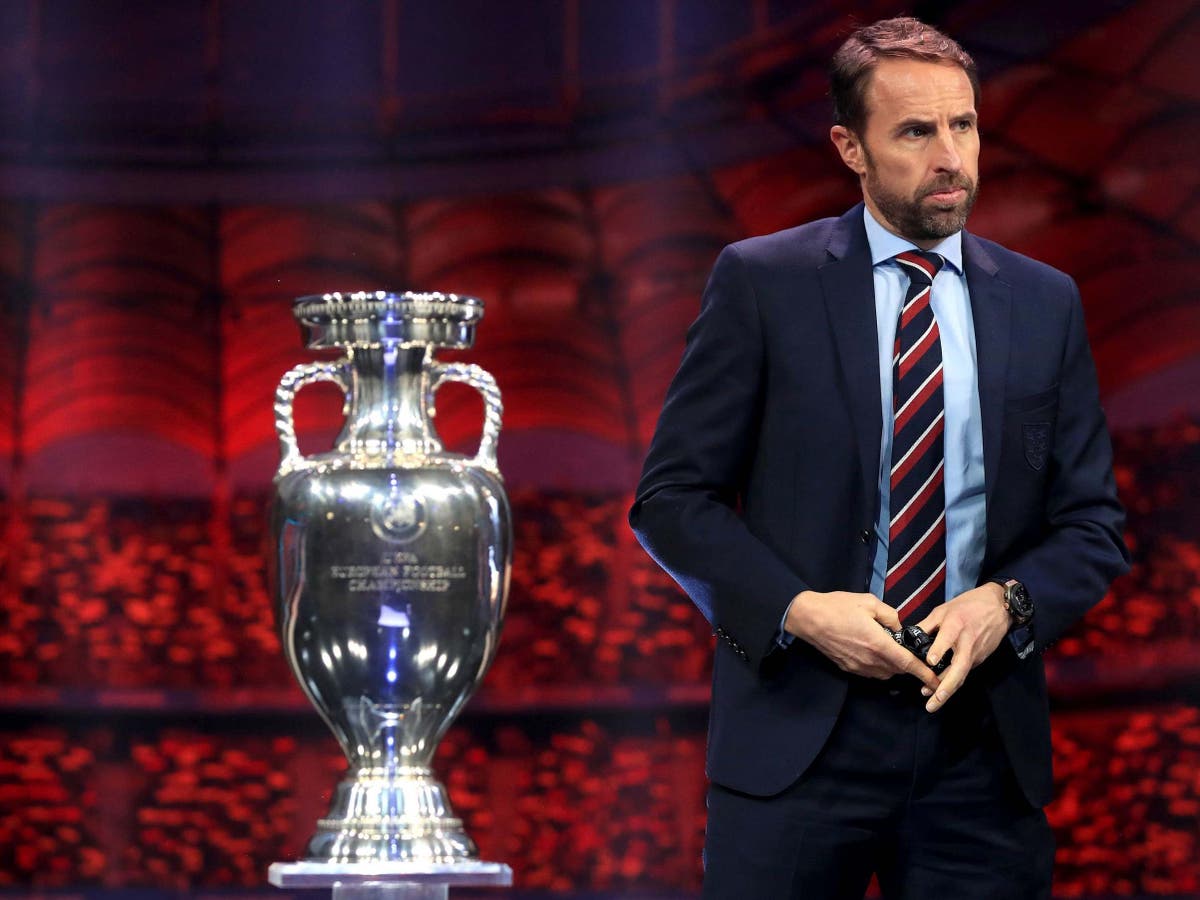 England face Croatia, the Czech Republic and Scotland in the Euro 2020 group stage.

The three lions are the top seeds in Group D, which means they will play all of their games at Wembley. The rest of the group’s games will take place at Hampden Park in Glasgow.

Gareth Southgate’s side will start their season with an exciting game against Croatia in hopes of clearing the scars from their World Cup semi-final defeat. They will then face Scotland in a highly anticipated meeting between the two old rivals before finishing the group stage against the Czech Republic.

Should they win the group, a situation similar to that of the World Cup could arise when England hits runners-up in Group F if they lead the group themselves.

That would mean a likely round of 16 against France, Germany or Portugal, which Southgate would certainly want to avoid.

Here’s everything you need to know about the Euro 2020 campaign in England:

Which group is England in?

England belongs to group D along with Croatia, the Czech Republic and Scotland.

What are the fixtures and when?

How many fans are allowed?

That stays up in the air, but a number of venues have committed to getting fans back in the stadiums for the tournament.

Wembley Stadium has pledged to have 25 percent capacity for games played there, with the potential for that capacity to increase as restrictions in England are relaxed.

Glasgow is also hoping for a capacity of 25 percent in Hampden Park.

The first ticketing process saw the greatest demand for a major tournament. More than 19 million people applied for the two million available tickets.

Uefa gave fans the opportunity to return tickets for a full refund in December until April 22nd.

In the case of games that are still oversubscribed, a later ticket vote decides who is still allowed to participate.

They certainly hope they can, and the bookies suggest the Southgate men are one of the favorites for that.

All chances of winning through Paddy Power

Zbigniew Boniek undoubtedly evaluates the outcomes of his work within the...