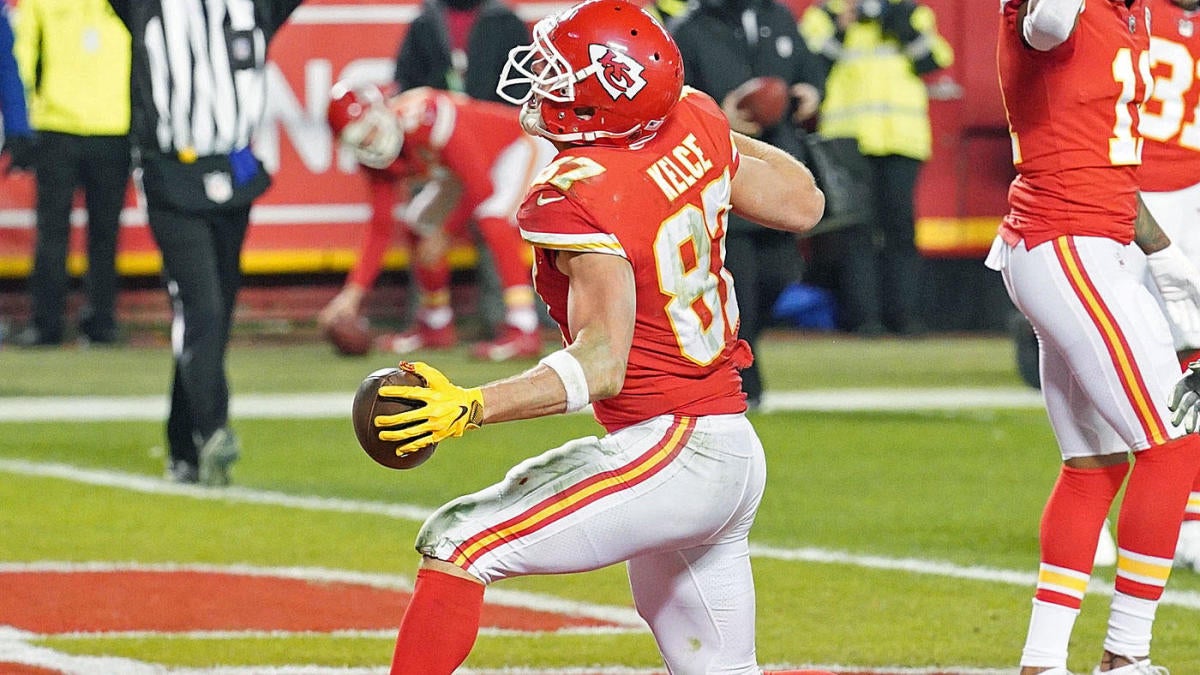 14 teamers shouldn’t be that much different, right? It’s just two more teams, right? Well, those two teams add up pretty quickly, especially at running back. You can kind of squint and see 24 or so running backs you would feel pretty good about starting this season — Mike Davis and Travis Etienne are ranked 24th for Dave Richard, Jamey Eisenberg, and Heath Cummings, and I would be fine with either of them in my lineup.

Things get a bit hairier when you try to stretch it to 28. Michael Carter, James Robinson, Javonte Williams … they could be viable starters, of course, but there are probably going to be at least a few teams in a 14-team draft that don’t feel great about their stable of running backs.

So, you should focus on RB early in a 14-team draft, right? Well, that’s not what I did in my draft Tuesday for the Fantasy Sports and Gaming Association experts league. In fact, I didn’t take my first running back until the sixth round — 79th overall.

It wasn’t an intentional strategy I had going into the draft — I want to be flexible when I’m drafting, especially in the first round –, but when Travis Kelce — my No. 3 overall player — slipped to No. 6, I couldn’t pass on him. I was willing to take an RB in the second — especially with Austin Ekeler still, somehow, sitting out there after the 20th pick — but when Ekeler was taken just before my pick, I couldn’t pass on Michael Thomas.

By the time my third pick came around, the top running backs left were Chris Carson, J.K. Dobbins, and Josh Jacobs, and while I like all of those guys plenty, I decided at that point to lean into the zero-RB build, selecting Patrick Mahomes. That gave me a base with what I think is the clear No. 1 option at both tight end and quarterback, along with my No. 2 overall wide receiver. I followed that up with Julio Jones (my No. 14 WR) and Curtis Samuel (No. 27, and a favorite breakout of mine) before finally grabbing my No. 1 RB in Carter.

Do I love having an RB corps with Carter as my No. 1 RB and Jamaal Williams as my No. 2? Of course not! I spent late-round picks on Rashaad Penny, Chuba Hubbard, and Malcolm Brown, and that is clearly the weakest group at the position in the entire league. That might be a problem, obviously.

But I’m a pretty firm believer in the concept of the “RB Dead Zone,” as coined by former CBS Fantasy analyst Ben Gretch. The idea is that, while early-round running backs are typically a very good investment, once you get past the first three rounds or so, your chances of hitting on a good starting RB are pretty slim. In fact, from 2016-2020, only 11 out of 80 running backs taken from the fourth through eighth rounds have finished as top-12 RB, and only 30/80 even finished as top-24 RB — and only 15 of them topped 200 PPR points.

The simple fact of the matter is, running back is the most volatile position in Fantasy. That’s less true for the truly high-end options at the position, but if you don’t land one of those, you’re taking a risk that you’ll be throwing one of the most valuable assets you have — an early-round pick — away on a player who might lose his job in three weeks.

This is what you have to keep in mind when you go with a zero-RB or RB-light build. Your team may not win any projections contests because of how weak your backs look, but you have to remind yourself that those seemingly strong RB groups on other teams will end up pretty weak before long. That’s just the nature of a position defined by attrition and fragility. You’re starting out in a hole at running back, to be sure, but you won’t be alone in that hole before long, and

Your mileage may vary, of course. The easiest way to get negative comments about a draft on social media is to come out of your draft light on running backs. But I’ve loaded my team up with elite non-RB as well as some of my absolute favorite sleepers/breakout candidates at WR like Jerry Jeudy, Mike Williams, and Rondale Moore. If Carter emerges as a must-start option — not impossible given the relative lack of competition in New York — and Williams’ role is as robust as Anthony Lynn is hinting at, I’ll be a force to be reckoned with.

If not … well, I’ll definitely have my work cut out for me. But no team is guaranteed a championship coming out of the draft. You’ll always have to work for it. At least now, I can be reasonably certain about what I need to fix from the beginning.

Here’s what my full roster looks like in this league where you start one QB, two RB, three WR, one TE, a  FLEX, a K, and a DST:

And here are the full results, along with who took part in the draft: