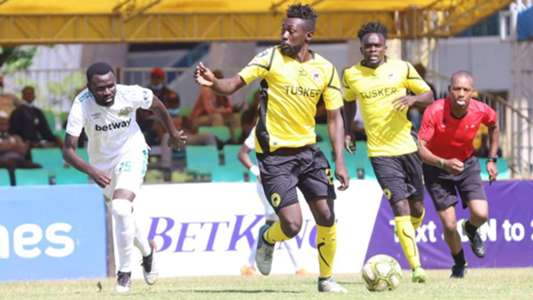 The Football Kenya Federation has confirmed that the mid-season transfer window will open on January 25th.

According to a statement by the association goalThe window runs from January 25th to March 1st.

“The FKF would like to notify everyone [Kenya] Premier League clubs and other stakeholders limit the registration deadline for the second player [Transfer Window] because the league will officially open on Monday, January 25th, 2021 and will run until Monday, March 1st, 2021, ”says the statement that was sent to all clubs and received by goal.

The Kenyan league started late due to the coronavirus pandemic and seven game rounds have been played so far, with KCB still leading the table with 18 teams despite the loss to AFC Leopards on Sunday.

The Bankers were the only undefeated side in the division until Elvis Rupia scored a double to end the run in a 2-1 loss at Kasarani Stadium.

The defeat didn’t affect their top position, however, as they have 18 points from seven games while Tusker, who is second with 17 points from eight games, beat Kariobangi Sharks 4-2 on Saturday.

Despite losing to the Brewers, Sharks remained in third place with 15 points, closely followed by Wazito FC, who rose 2-1 against Bidco United on Sunday.

AFC Leopards is fifth with 12 points, while Bandari, under the leadership of new coach Casa Mbungo, is sixth with 12 points. This is the case after they beat Kakamega Homeboyz 4-3 on the Mbarak Grounds.

The transfer window will help clubs bolster their squad with sharks among the injured after confirming on Monday that they will be without up to three players in their next FKF Premier League game against AFC Leopards.

The injured players are Patillah Omotto, who sustained a sprain from the kidnapper alongside Tusker, as well as Sudanese defender Kuol Chuol and his compatriot Fredrick Alushula.

All the finished Premier League transfers in January 2021