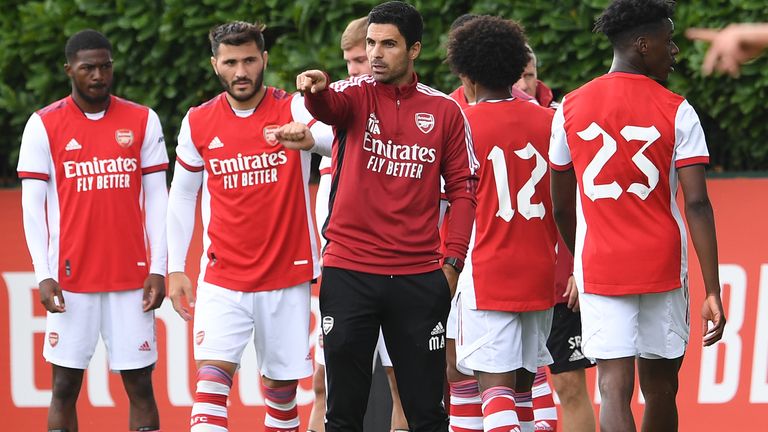 Arsenal beat Watford 4-1 in a closed-door friendly on Wednesday and faced four for the second time this week.

Eddie Nketiah gave Arsenal the lead, received Willian’s brilliant through ball and shot flat into the far corner from the box.

Mikel Arteta brought on Hector Bellerin, Nicolas Pepe and Alexandre Lacazette at halftime, which brought the Gunners to life. After Ainsley Maitland-Niles was fouled in the penalty area, Lacazette sank his penalty to make it 2-1.

Emile Smith Rowe, who had just signed his new contract, played a huge role in Arsenal’s third game when Kieran Tierney shot a half volley into the net.

Miguel Azeez, 18, rounded the goal, shifted the ball onto his left foot in the box and rolled into the top corner.

Alli hits side in Spurs’ victory against the former team

More fine-tuning from Lucas helped free Son in the second half and he ensured that skipper Alli rolled into the net to make it 2-0.

Lucas then lunged for a loose ball nine minutes from time and converted from a slight angle to 3-0 before John Freeman received the late consolation for the hosts.

Leicester were beaten 1-0 by League One Wycombe at Adams Park, with Daryl Horgan scoring the only goal 14 minutes from time.

Marcelo Bielsas Leeds were involved in an entertaining 1-1 draw at Blackburn Rovers. Connor McBride scored for the hosts in the 73rd minute, with Pascal Struijk equalizing nine minutes before the end.

Aston Villa’s friendly with Nottingham Forest and Norwich against Coventry have both been canceled due to positive Covid-19 results.

We ‘signed’ Eduardo Camavinga to exchange Gini Wijnaldum for Liverpool in...

Brig on the lookout for a lift after a stoop in...