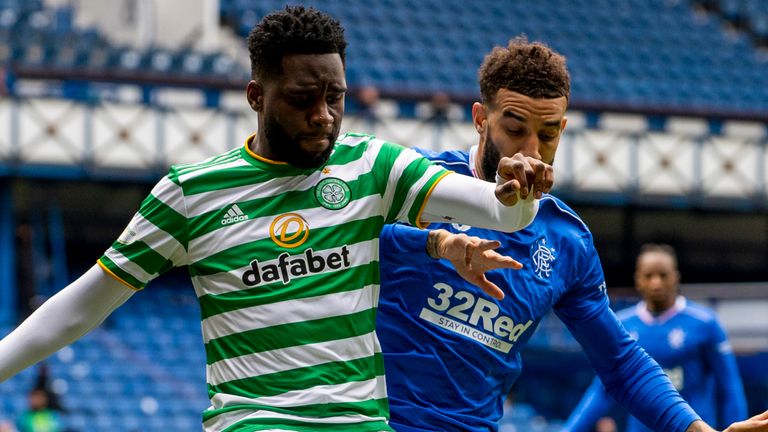 The Rangers have identified the fans responsible for singing a racist song about Celtic striker Kyogo Furuhashi and banned them from attending matches indefinitely.

Rangers opened an investigation on Sunday after footage surfaced on social media and the Scottish champions confirmed it is now closed.

“The people involved have been identified and will be banned from all Rangers games indefinitely,” said a statement released by the club on Monday.

“In addition, the RSC (Rangers Supporters Club), of which they were a member and with whom they had traveled to the game, were banned from receiving tickets for future games.”

Scottish police confirmed Monday that they had contacted Rangers via the video.

“The Scottish Police are aware of a video that is being shared on social media and officers are contacting the club to conduct a relevant investigation,” said a statement.

Celtic tweeted Sunday night to condemn the “disgusting and pathetic” footage, adding that they would give Furuhashi their “full support”.

“If the reports are accurate, such obnoxious and pathetic racist behavior directed against Kyogo Furuhashi deserves absolute condemnation,” the tweet read.

“As a club that is open to all, we stand firmly against racism in all its forms and we will give Kyogo our full support. All interest groups must work together to combat all forms of bigotry.”

The 26-year-old joined Celtic from Japanese club Vissel Kobe this summer and scored a hat trick on his home debut against Dundee earlier this month.

The Japan international has scored five goals in seven games so far this season.

Rangers will receive Celtic live on Sky Sports in the first Old Firm game of the season on Sunday at the Ibrox.

The hoops will be without fans after the Rangers withdrew around 700 away tickets for the game.

The champions made the decision after Celtic couldn’t guarantee a similar agreement would be reached for the January second leg at Parkhead.

Sky Sports is committed to making skysports.com and our channels on social media platforms a place for comment and debate that is free from abuse, hatred and profanity.

If you see a response to Sky Sports posts and / or hateful content based on race, gender, color, gender, nationality, ethnicity, disability, religion, sexuality, age, or class, please copy the URL to the hateful post and screengrab it and email us Here.

Kick It Out About Racism

Kick It Out is the football equality and inclusion organization that works across the football, education and community sectors to combat discrimination, promote inclusive practices and advocate positive change.

2021 Nationwide Hurling and Soccer Leagues: Tables from all divisions in...