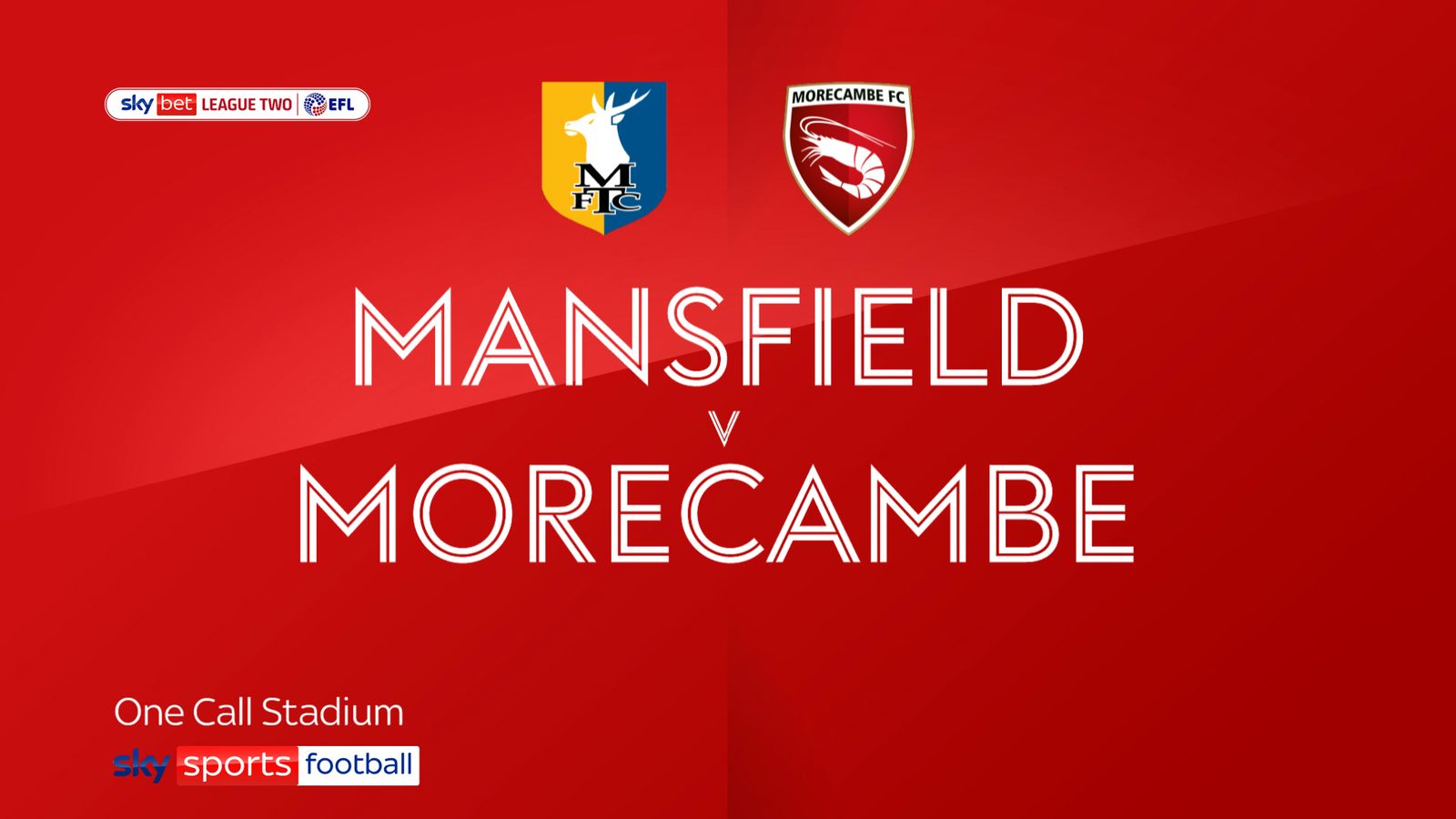 Jordan Bowery’s goal in the first half earned Mansfield a valuable 1-0 home win and kept the soaring Morecambe from closing the gap in automatic promotion places in the second division.

The result also ended a streak of three straight losses and less than five wins for Nigel Clough’s men.

Jamie Reid missed a golden chance to put Stags ahead in the third minute when Morecambe goalkeeper Kyle Letheren parried a powerful shot from Bowery and Reid went over the head unchallenged from six yards.

The breakthrough came after 41 minutes, when Stephen Quinn sent a low cross from the left into the sideline and Bowery turned it home for the first time at the near post.

Quinn shot over from a Jason Law pass shortly thereafter as Mansfield tried to extend his lead.

The next morecambe came when Toumani Diagouraga’s shot was deflected for a corner after 18 minutes.

Chances were few in a poor second half when the visitors, who came into the game after a third straight win, couldn’t force a single save against goalkeeper Aidan Stone all afternoon.

Substitute AJ Leitch-Smith could have equalized two minutes in stoppage time, but completely missed his kick in front of the goal of Carlos Mendes Gomes’ loft pass.

Key choice on non-league soccer season could also be delayed