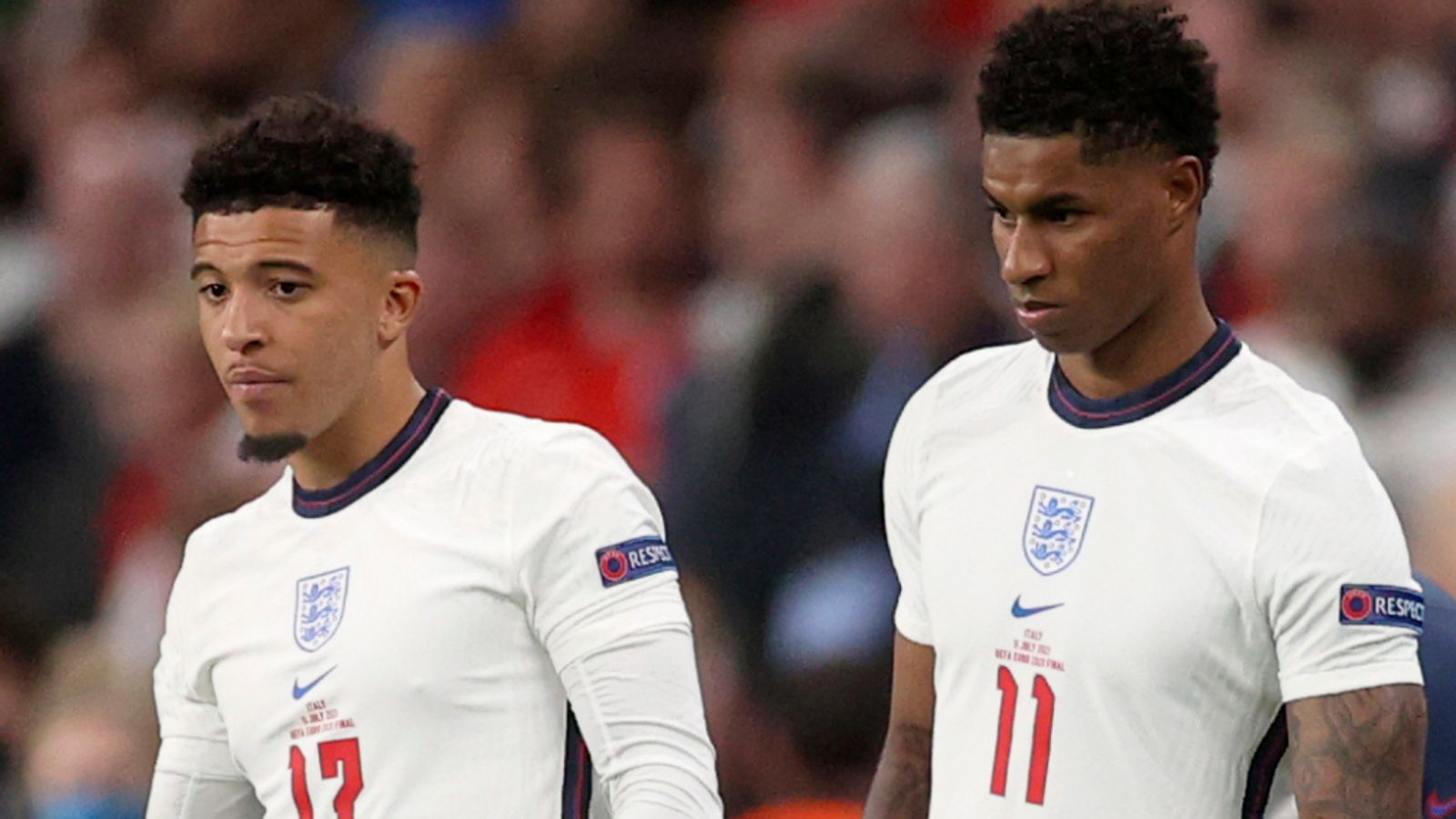 A university withdrew an offer from a student after racist abuse against English players after the EURO 2020 final.

Video footage circulated on Instagram from a Snapchat group chat, in which a person was heard using racist language to Marcus Rashford, Jadon Sancho and Bukayo Saka, who each missed penalties in the shooting at Wembley Stadium.

A spokesman for Nottingham Trent University said: “This allegation does not affect an NTU student. We do not tolerate any form of discrimination, including racism.

“We dealt with this matter immediately and withdrew an offer from an applicant.”

Police have arrested five people for racially abusing English gamers online since the defeat by Italy on Sunday.

Prime Minister Boris Johnson announced on Wednesday that the government plans to extend football bans for online racism, while social media companies face heavy fines if they fail to remove the abuse from their platforms.

Unique: Provide on the desk for Rangers star regardless of Premier...