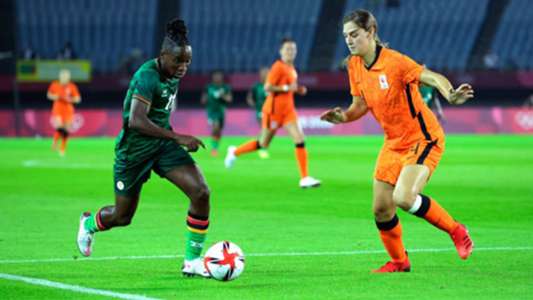 The President of the Zambian Football Association, Andrew Kamanga, is convinced that Shepolopolo will show his talent at the Olympic Games against Brazil on Tuesday.

Zambia have already played against the Netherlands and China and lost to China before taking a point from a dramatic 4-4 draw with Asian rivals in Group F game two.

“With the Copper Queens up against Brazil in their final group game on Tuesday, we have no doubt that they can showcase their talent to the rest of the world,” said Kamanga, as quoted by Faz Media.

“Your hunt for a place in the quarter-finals is still within reach and we will stand up for you. I beg everyone to continue to support our women’s team as they hoist our flag higher. We have no doubt that they represent the continent well become.”

The official praised the Copper Queens for their games to date, specifically mentioning captain Barbra Banda for setting the competition on fire with successive hat tricks.

“While every defeat in football may be disappointing, we take our hats off to the Olympic debutants, led by Banda who made headlines with her scoring goals. Barbara has scored two hat-tricks that have broken multiple records.” he added.

“The only other woman soccer player to have scored two hat-tricks has scored her in two different tournaments. We are proud of her and the entire team that has bravely raised the African flag.”

Kamanga hopes that the start of the Women’s Super League in Zambia and the Cosafa region will help strengthen the clubs and players and, in particular, strengthen women’s football.

“With the structure we are creating, I believe this experience will mark a turning point in the development of women’s football. We recently launched a Faz Women’s Super League that will give more talented girls the opportunity to play football on a regular basis to play.” “Continued the President.

Zambia is Africa’s only representative of women’s football at the Tokyo Olympics.