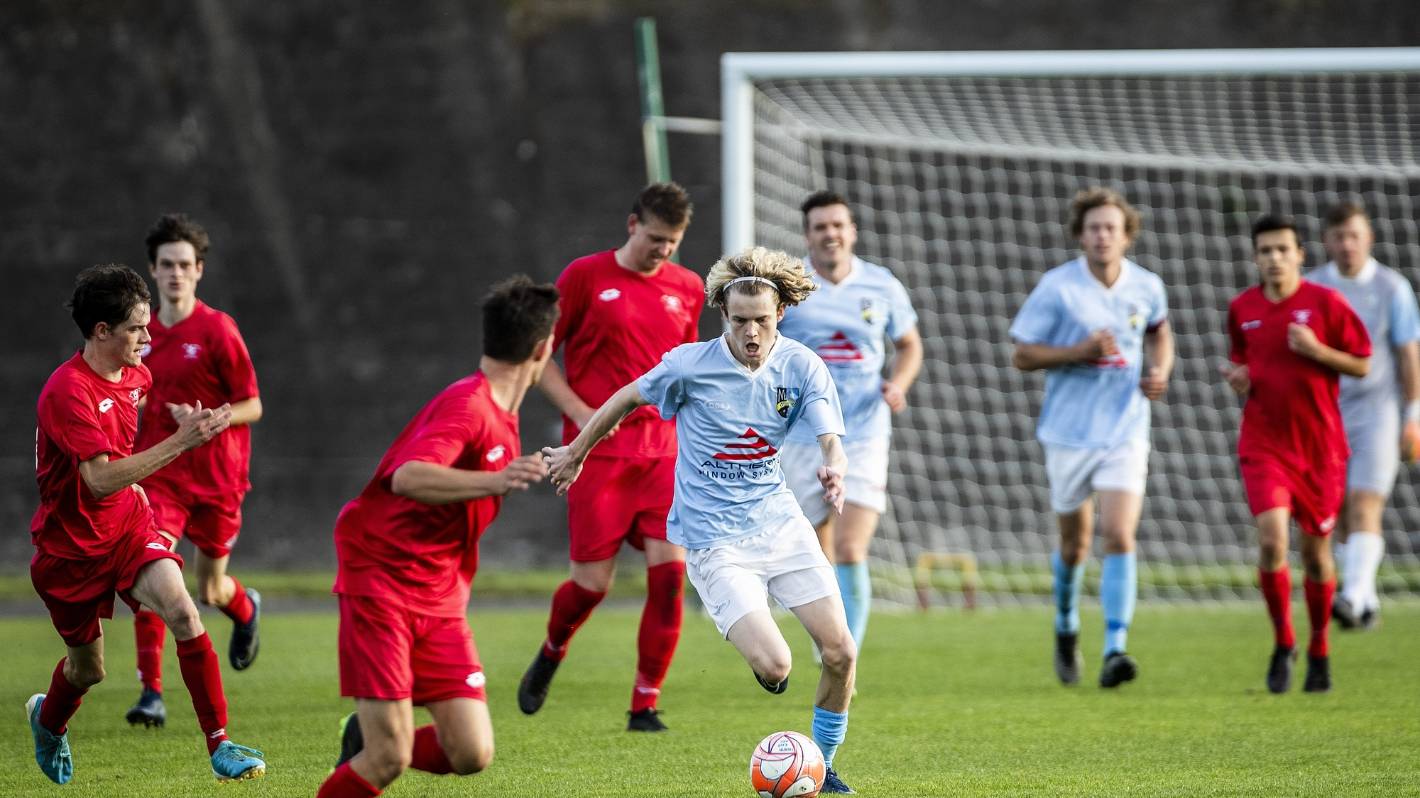 North End’s Mason Charlton finds some space against Levin during a clash in May. The team had a much harder time against Havelock North on Saturday.

SOCCER: The Men’s Federation League is starting to look more and more like a man versus boy exercise after another bout with unilateral results over the weekend.

Not that North End are “boys”, but their 8-0 pounding at Palmerston North Memorial Park on Saturday by undefeated leaders Havelock North Wanderers was a new low for the team this season and last.

Oddly enough, however, this didn’t affect her sixth place in the competition as there are teams below the North End on the league ladder who are even worse off.

The bottom of the table Napier Marist conceded seven goals against third-placed Palmerston North Marist on Saturday in the arena, the penultimate Levin lost 2-1 to Whanganui Athletic and the seventh-placed New Plymouth Rangers were defeated 5-2 at Massey University.

That was 15 goals conceded by the Rangers in the last two games.

North End assistant manager Michael Sheridan said the team’s lack of a fight against the Wanderers was “very disappointing”, especially after the locals were just three goals down at halftime and hoped to get back into the game.

“They were very good and we were very poor,” he added.

At Massey, the second-placed students led 4-1 at the break, but could only score once in the second section.

“But we were happy about the three points,” said coach Donald Piper.

Massey’s goalscorers were Zac Farmer and George Andrew, who scored two goals each, and Michael Hilson.

In addition, there was an own goal by Napier Marist, the goals of which were scored by two penalties. The local heroes led 3-1 at halftime.

Palmerston North Marist coach Juliano Schmeling said giving the penalties is a concern the team are working on.

Both were similar incidents arising from tackles behind players.

“We weren’t under pressure, but decision-making needs to get better,” he said.

► Palmerston North Boys’ High School was the big climber in the Horizons Premiership over the weekend.

The students’ 5-2 victory over Hokowhitu put them in second place in the competition, one point behind leaders Wanganui City, whose game was postponed.

Feilding United are now in third place after they didn’t play either and Hokowhitu slipped to fourth place due to the defeat.

In the other games, Takaro beat the defeated Red Sox 5-2 and the Marist’s reserves beat the North End’s reserves 2-1.

Boys’ High leads the Premier League top scorer with 38 out of 11 games, followed by Massey Reserves who have scored 31 out of 11.

Shrovetide soccer match in Alnwick cancelled for first time in 20...