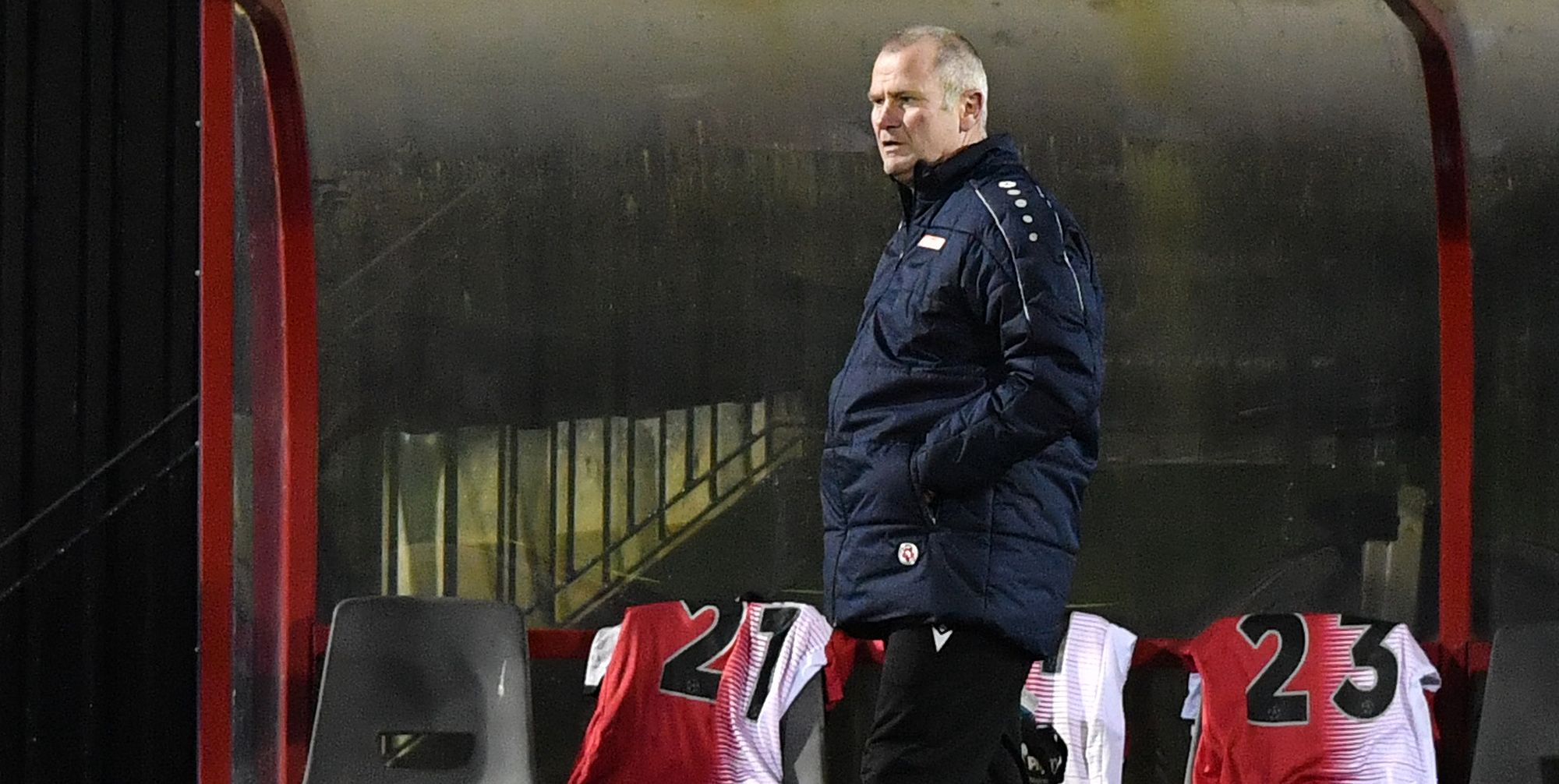 Woking boss Alan Dowson has promised fans that the club will remain competitive for the remainder of the National League campaign while players are on leave of absence, stating, “Next season recruiting is now the most important thing. “

The under-fire manager, seriously injured by criticism following the FA Trophy semi-final defeat at Hereford, was busy planning the trip to Torquay United on Friday (April 2nd) as well as the home game against Notts County on Monday (April 5th) .

He traveled to see County lose to Aldershot Town at home on Tuesday night before heading to AFC Wimbledon to meet with manager Mark Robinson on Wednesday for an inside look at how a full-time club works, and he has Also keep an eye on possible loan / permanent deals from the Dons for the next season.

The map chief also addressed the fact that players put on vacation may be temporarily so busy because of injuries in his squad that he has been juggling team selection for the last 15 games.

He said, “I went to AFC Wimbledon to see how they do things. It was great to go down there and it went very well. I was very impressed with Paul Robinson and we could maybe get a player or two from them. I’ve always had an affinity with them and our owner, John Katz, knows Ivor [Heller, Dons commercial director].

“We can look forward to a good relationship with you. They give these clubs a call and see if you can meet with them. The manager showed us how they do things full time and gave us a tip to see who might also be available. I think I have a few more calls to make before the end of the season to make sure I’m getting the best that I can out there. “

Dowson announced that he will ask some of his backroom teams to see more games until the end of the season, including joint assistant manager Ian Dyer.

“Ian won’t be there every game because we have to plan for next season,” he said. “Ian will be with me for the next few years but for this season we need to get as many people as possible to watch games and go to the training ground for the rest of the games like we did at AFC Wimbledon.

“We have to put everything into recruiting to make sure we kick off the next season.

“We both know that the most important thing is that we get the recruiting process right for the next season. The bottom line is that we should all be there on the line of contact when we go out and watch games, opponents and players. “

The next assignment is the trip to Torquay and Dowson added, “We have a lot of injuries right now. We have [Jamar] Loza out [Malachi] Napa out [Matt] Jarvis out and [Sam] Ashford out.

“So the vacation thing will take care of itself. I think people will know who the players are from the teams, but we’ll look at the players who come back when we need them.

“We haven’t gotten any money since January so we have to try to save every penny we can. We have to be calm as we do because of the amount of injuries we have. I can’t just take a lot of players off because then we wouldn’t have a team to eliminate and I wouldn’t want that. We just have to go bit by bit.

“People at different times will be on leave and I have to use the system as best as possible and we have to do the best we can with the squad we have. We can’t go on like we did so some young guys will get through too and it will be their chance. Others will play for contracts. “

Dowson, who confirmed that borrower Niko Muir had returned to Hampton, continued, “We’re going to Torquay and the team we’re using will be good enough to keep up.

So far, only Moussa Diarra and Jamar Loza are signed for the next season, while Dowson Craig Ross confirmed “is a big plus for us for next year” and that the goalkeeper will soon be another deal.

“We have 20 to 30 goals,” added Dowson. “And some of our players will be fighting for their places in the next few games.”

Which quarter-final fixtures are on BBC iPlayer and BT Sport and...

Stars on particular groups is a threat well worth the reward