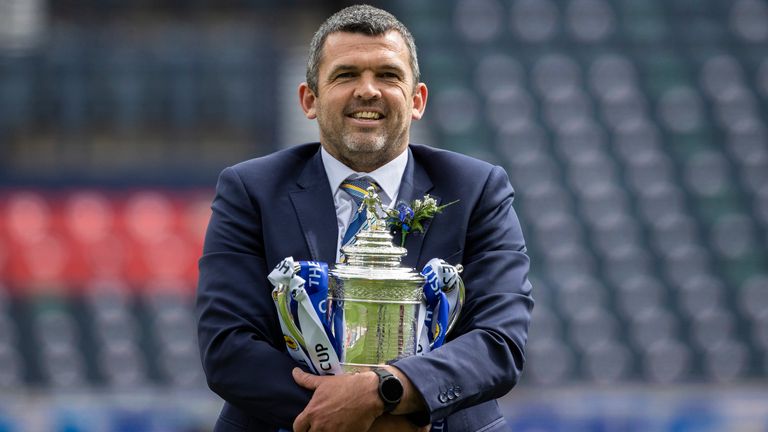 The Scottish Premiership 2021/22 games will be released on Tuesday at 9 a.m. before another fascinating campaign promises to be in Scotland.

The Rangers had an invincible season last season and secured their 55th first division title in style – Steven Gerrard hopes his side will carry this form into the upcoming season, which kicks off on July 31 in all four divisions should.

Everything will change across town when Celtic launches under new boss Ange Postecoglou, hoping to improve on last season when they gave up control of all Scottish silverware and 25 points behind their Old Firm rivals have ended.

Picture:
Ange Postecoglou is the permanent successor of Neil Lennon at Celtic

And we’ll find out on Tuesday morning when the Australian will face Gerrard for the first time, possibly in front of fans, after last season’s games were played behind closed doors due to the coronavirus pandemic.

Promotions from the Championship for Hearts and Dundee mean fans across the country will face numerous derby fights over the next season in Glasgow, Edinburgh and the City of Discovery, with United lurking for James McPake’s dark blues.

Dundee’s play-off win against Kilmarnock next season put her into championship football alongside Hamilton, where both sides will bounce back at the first opportunity.

Picture:
St. Johnstone manager Callum Davidson pictured with the Scottish Cup trophy after her victory over Hibernian in the finals in Hampden Park

Double Cup winners St. Johnstone will be keen to move forward after a hugely successful year under Callum Davidson last time round, while Aberdeen and Hibernian will keep a close eye on matchday before continuing their battle at the top of the Premiership and the races Europe.

Tune in to Sky Sports News on Tuesday morning for instant responses to the game’s release, including an exclusive interview with SPFL executive director Neil Doncaster.

The 2021/22 season of the Scottish Premiership with Sky Sports