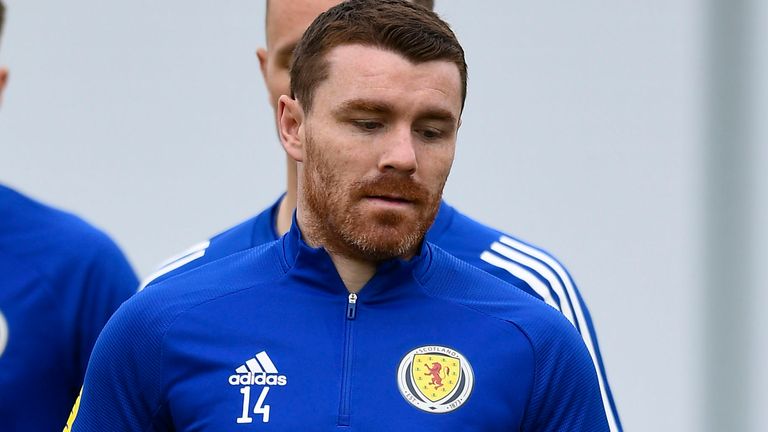 A total of seven Scottish players did not travel to the Euro 2020 warm-up game against the Netherlands after John Fleck’s positive coronavirus test.

Andy Robertson says John Fleck’s positive test is a reminder to everyone to stay vigilant about the virus as another six Scottish players will miss their friendly against the Netherlands as a precautionary measure.

The six players returned negative tests on Wednesday and could have traveled – but Scotland have taken precautions and are extremely cautious.

This means that head coach Steve Clarke only has 19 players to choose from for the game against the Dutch – less than two weeks until the opening game of the Scottish Euro 2020.

In an exclusive pre-game interview with Sky Sports, Clarke said, “Every time we get together, I tell the guys in practice that everyone is important and you never know when you will be asked to play.

“Of course, in these uncertain times, you never know when you will be asked to ascend.

“Hopefully they can continue to impress – they have all impressed me in training so far.”

Scotland’s final Euro 2020 warm-up match will take place on Sunday against Luxembourg live on Sky Sports. Clarke’s side will begin against the Czech Republic on June 14, before heading to England and Croatia in their other Group D games.

Joshua King to go away Everton after six-month spell | Soccer...

The anticipated fixtures and postponements for FPL Clean Gameweek 29