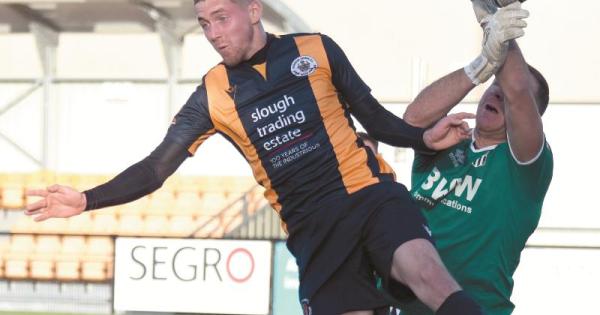 Slough Town has been accused by the National League of failing their games after the club refused to play games while uncertainty about the current season persists.

The clubs have voted on a number of resolutions that will either continue the season behind closed doors or cancel and declare it null and void. The rebels are one of the few clubs that refuse to continue playing until the outcome of these votes is unknown.

The National League is committed to publishing the results of all four resolutions as soon as each club has responded. It has been two weeks since these resolutions were published, but the BBC believes the league is now on the verge of determining the outcome of these votes for the three leagues.

The rebels said they were disappointed to have been indicted by the league, adding that they show solidarity with Dulwich Hamlet, Southport FC, Bath City and other clubs that have shared the same stance. Everyone has questioned the financial sentiment of just gambling with credit to support them, while the rebels have repeatedly called for improved COVID-19 security measures for players and club staff. Clubs across the National League structure were also upset by the apparent promise to continue making grants beyond December, which did not happen, and many said they would not have started the season if they had known otherwise.

Under the rules of the league, any club that fails to play a competitive match without good reason is subject to disciplinary action, including the deduction of points and / or fines. The Slough case is due to be heard on February 25th. Initially, they were accused of failing to meet their February 6th games with Chelmsford City and Ebbsfleet United on February 9th. The club has seven days to respond to the indictment.

The lack of security during the season has resulted in clubs making unilateral decisions. Maidstone United have put their first team squad on vacation and have said they will use non-contract or loan players if the voting continues.

This weekend the league attempted to calm tensions by insisting that no fines or sanctions were “raised or recommended” for clubs that fail to perform their games at this time.

A National League statement said: “Many things have been written regarding charges recently made in relation to the failure to perform fixtures under League Rules.

“It may be helpful to explain that this process is just a mechanism for the league to deal with each of the non-compliance cases. No fines or sanctions have been imposed or recommended and this will be taken into account in the next phase.

“An independent body is appointed to assess each case, at which point the“ just cause ”problem set out in each case is objectively assessed based on the evidence available to them.

“In the interests of the fairness of all parties, the cases will only be negotiated once the outcome of the resolutions is known.

It is important that the existing framework is consistently adhered to in all cases and that the clubs can make their representations appropriately and fairly.

“The league will not comment on individual cases during the process in order to do justice to all clubs, but will publish the results and reasons for the decisions based on its conclusions.

“If the clubs remain dissatisfied with the result, they all have the opportunity to appeal the decision directly to the football association, which is heard by another independent body in accordance with the FA rules and regulations.”