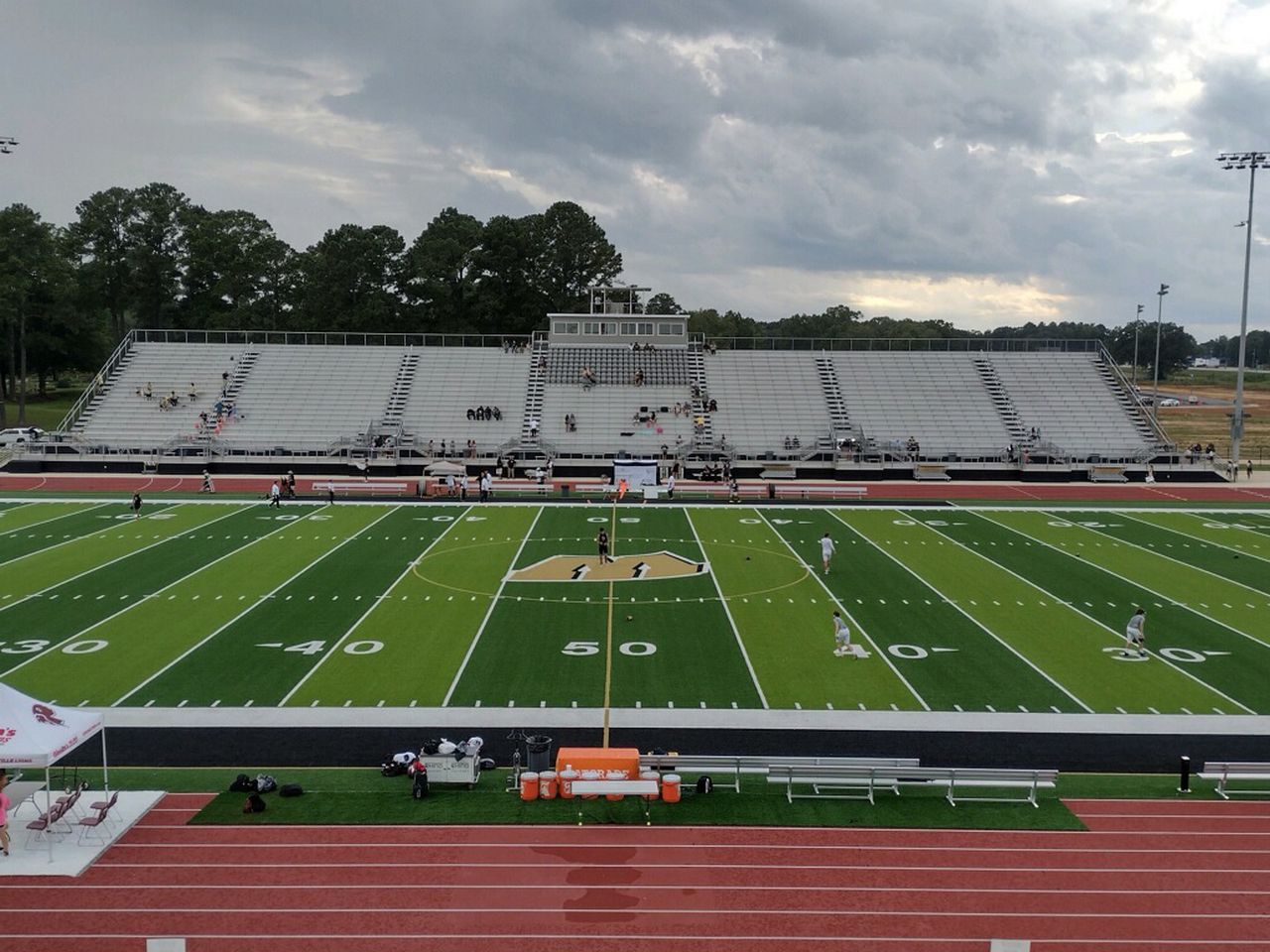 The first week of Friday night high school football brings some key matchups across the state.

Wetumpka opens its new stadium against rival Prattville. Hewitt-Trussville hosts Pinson Valley in a talent-filled matchup. Class 7A No. 1 Thompson heads to Oxford. Class 5A Pike Road travels to Mobile to face Class 6A McGill-Toolen.

RELATED: How to watch your favorite game live

We will be keeping an eye on those matchups and many more. Also, will Shemar James pay for Faith Academy at home against Andalusia. The 4-star Florida commit briefly withdrew from Faith this month and enrolled at Navarre, Fla.

Check back throughout the night for scores, updates, highlights, photos and much more. Also fan submitted Tweets will be included in our Nothing But a Good Time section below the updates.

10:37 PM, Bobby is Back: Longtime Williamson head coach Bobby Parrish gets his first win at the helm of Cottage Hill, 24-0 over Fruitdale.

Pike Road 69, McGill-Toolen 44 (5:04 3rd) … This has to be the most incredible score of the night. Check out some photos from Mike Kittrell …

10:04 PM, More finals … (NOTE: Some scores are earlier due to the heavy rain in the Mobile area) … These are all finals

10:02 PM, The second half has started at McGill … and the scoring has resumed

Kierstan Rogers with a 3-yard TD run. Theodore leads Saraland 21-7 with 8:07 left in the third.

At McGill, it’s an offensive explosion. Pike Road leads McGill-Toolen 55-30 and it’s not even half yet!

9 PM, Upset in the making? McAdory still holding a 14-7 lead over defending 5A champ and No. 1-ranked St. Paul’s entering the final quarter at McAdory.

8:56 PM, Wild one at the Lip: Already 59 points scored between McGill and Pike Road.

8:45 PM, Back in action: Gulf Shores at Elberta has resumed. The Dolphins lead 3-0 with less than two minutes left in the half.

Stealing the momentum? At Theodore, Freshman Ryan Williams hits C.T. Englebert with a 38-yard TD pass with 24 seconds left in the half. Bobcats now lead 14-7 at the break.

Hurricane warning: Landry Huddleston with the TD run after a muffed punt makes it 15-0 Alma Bryant over B.C. Rain with 35.8 left in the first half.

8:44 PM, Strapping it on: Iverson “Strap” Hooks puts Pike Road back in front of McGill with an 86-yard score. The QB, who missed most of his junior season with a torn ACL, had 168 yards rushing in the first quarter.

8:40 PM, Around the Yellowhammer State:

8:24 PM, Who is the most underrated RB in the state? It may be Braylon McReynolds, who gets McGill-Toolen on the scoreboard against Pike Road.

8:14 PM, Finally underway: In one of our spotlight games, McGill-Toolen and Pike Road are finally underway after a weather delay in Mobile. Patriots off to a quick 14-0 start on the road.

8:10 PM, One game postponed: Escambia County at Bayside Academy has been postponed until 11 a.m. Saturday due to weather.

Cade Ott Carruth with another TD pass for Hewitt-Trussville, then a 6-yard run following a Zach Pyron INT. Huskies lead Pinson Valley 28-6 with 3:00 left in the first half.

Terrance Robinson with a 7-yard TD run to give Buckhorn a 14-7 lead over Madison County. (Half)

Andalusia 7, Faith Academy 0 (Shemar James has not played yet for the Rams)

7:56 PM, Lopsided opener: Sean Calhoun’s first game at Vestavia Hills is not going as he planned up to this point.

7:54 PM, Tide commit alert: Alabama WR commit Kobe Prentice with a 66-yard TD reception. Calera up 7-6 over Demopolis with 3:18 remaining in the half.

7:50 PM, Adding to the cushion: Mountain Brook adds to its lead on a 16-yard TD pass from John Colvin to Jake Thompson. Spartans lead Vestavia Hills 17-0 with 5:37 left on the first half.

7:47 PM, More delays: Gulf Shores at Elberta now in a delay. Dolphins leading 3-0. Prattville is leading Wetumpka 10-0 and is in a delay.

7:38 PM, Underway: Games are finally cranking up around Mobile. Saraland and Theodore are underway in one of our spotlight games. Theodore’s Will James with a quick interception. Bobcats driving against the Spartans. TCU commit Trevon McAlpine not playing tonight on the defensive line for Saraland.

7:24 PM, Spartans take the lead: Mountain Brook strikes first following a fumble recovery at the Vestavia Hills 39-yard line. George Cain takes it in from 3 yards out and the Spartans lead 7-0 with 3:33 left in the first quarter.

Close one between Hewitt and Pinson. Baylor commit Zach Pyron with a 19-yard pass to Mike Sharpe for the Indians. Huskies lead 7-6.

7:03 PM, Weather delays in the South: Most games around the Mobile/Baldwin County areas will start at least 30 minutes late and likely more. A heavy rain has been coming down for nearly two hours on the Coast.

6:38 PM, Scenes from around the state early tonight …

6:34 PM, Spotlight Oxford: Yellow Jackets and new coach Sam Adams hosting Class 7A No. 1 Thompson tonight. It marks the return of Miami commit Tre’Quon Fegans and his brothers, who transferred to Thompson in the offseason.

6:28 PM, Another new coach: Tyler Crane takes over at Oak Mountain. The Eagles travel to Chelsea tonight. The weather seems much better in Birmingham and Huntsville then it is in Mobile.

6:18 PM, Weather delays all over Mobile: Andalusia-Faith Academy, B.C. Rain-Alma Bryant, Pike Road-McGill-Toolen all will be delayed. Faith AD Woodie Head says it will be at least 7:30 before the Rams can play Andalusia. Others will face a similar delay if not longer.

6:12 PM, Missing in action: Pike Road running back Quinshon Judkins — No. 11 on AL.com’s A-List of top senior prospects in the state — is not expected to play tonight at McGill-Toolen. Coach Patrick Browning confirmed that Judkins sustained an injury in practice this week.

5:53 PM, Rain on the Coast: A little more than an hour before kickoff on the first Friday night, the weather could be better on the Gulf Coast. Here’s a shot from Baker where the Hornets are set to host UMS-Wright.

‘NOTHING BUT A GOOD TIME’ FAN SECTION

Schedule and scorelist compiled by A. Stacy Long and the ASWA prep committee.