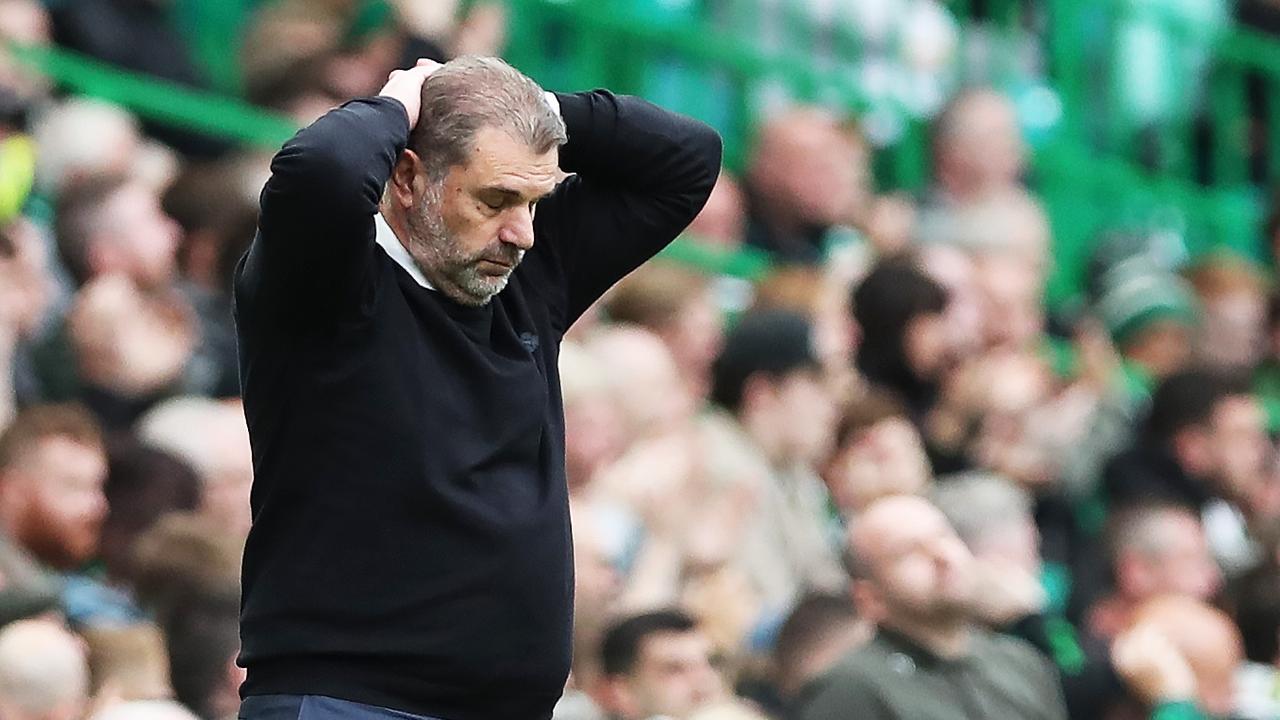 After a brilliant start to life at Celtic, pressure is mounting on Ange Postecoglou after the Hoops left six points behind in the Scottish Premiership after another difficult result after just seven games.

Celtic are currently sixth in the league after a disappointing 1-1 draw with Dundee United as the club’s poor away form began to undermine their performances at home as well.

“The manager will likely say injuries and no consistent team selection are part of the problem right now, but it’s not good enough,” former Celtic star Darren Jackson said this week. “With Livingston’s result, you’ve definitely got to win the next game at home and they didn’t.

“It doesn’t matter how you do it. Sometimes winning ugly is just as important as sometimes playing nice football and winning comfortably. Everyone wants to play total football, but I’ve played in Celtic teams if you just have to win. “

Celtic haven’t won away in the league since February, long before Postecoglou arrived, but have lost all three away games so far this season, with the next two Premiership games in Aberdeen and Motherwell, two teams very close to them in the table.

But that slow start should come as no surprise to anyone who has followed Postecoglou’s career to date, especially after the transfer time that Celtic had.

One of the biggest compliments Postecoglou has received since taking office has been his implementation of “Blowout” and how his style of attacking football has made Celtic so great at times this season it is eye-catching.

However, when you watch a team have the potential to play football like this, the frustration boils over when the goals dry up – and that’s exactly what happened over the weekend.

Celtic has been whistled for by its own fans, but Postecoglou is sticking to its plan and insisting that it not work right away.

“It’s a strange league,” he said. “You call things up here early, don’t you? It is quite remarkable that there are already seven games in people naming the title.

“I just don’t work like that. I don’t rip stumps out after seven games just because other people think there’s some kind of insurmountable challenge out there for us.

“If we weren’t playing well when we were struggling through things then I would definitely see things differently.

“With the efforts we are making now, the football we play, the opportunities we are creating and what we have to get back into the team, I just see it very differently.”

A quick look back at his career at Brisbane Roar or Yokohama F. Marinos would tell you that slow starts are the norm. He asked to be judged in Brisbane after a year, not a month, and after a slow start, duly delivered back-to-back A-League titles, a record-breaking undefeated run and lots of praise.

In Yokohama, he fell into the relegation zone in his freshman year, but his attacking football got them out of the crisis and into the J-League Cup final. Yokohama scored the second most goals in the league this season, but also conceded the third most goals. The following season he led her to her first J-League title in 15 years.

He’s also not afraid of being remodeled. He did so at the Roar and Melbourne Victory, seeing a number of high profile players depart and bringing in the players he wanted to fit into his system.

At Postecoglou you have to trust the process.

And that’s a message that needs to be heard in the boardroom of Celtic, which needs to recognize that with their attitude, you agree with their style of play and the players they need to implement it.

The former Socceroos manager was left with a roster that had a number of his key players stripped of them after they were sold during the transfer window. Up to 16 players were sold, including Odsonne Edouard, Kirstoffer Ajer and Ryan Christie, when the club bagged a wholesome £ 38 million.

In response, 12 players were hired, but Postecoglou was still light-footed in a number of key areas, while one stayed the same and four were rejected. “

He added, “The dramatic makeover that has been touted as necessary by many just didn’t happen and it feels like Postecoglou has gotten bad hands for this season.”

How many of those 12 were actually Postecoglou newcomers is debatable, with injury-prone midfielder James McCarthy reportedly signed by the board rather than the manager. Given the immediate backlash from Celtic fans to reports that Postecoglou would be their new manager, one would expect the board to have done their research on him and the way he worked.

Former Celtic star Kris Commons summed this up in his Daily Mail column, writing: “Celtic have had their worst start to a season in over 20 years. There is no way for the manager and the players to gloss over something or to influence it in a positive way.

“It is a crushing indictment of the current state of the club and a by-product of the scandalous mismanagement and neglect behind the scenes over the past few years.

“Ange Postecoglou would of course have wanted to change something in a 1-1 away game, but he had a blatant lack of options on the bench.

“The only two subs he’s brought in – Adam Montgomery and Ismaila Soro – are both defensive-minded players and both have been reinforced by injuries to other players.

“I know that there are a few injuries and failures at the moment, but it shows how bad the recruitment has been in recent years, that the bench can sometimes fail completely, with offensive players sitting on the bench.”

Not an ideal scenario for a coach like Postecoglou, whose entire football philosophy is geared towards attacking football. After all, you wouldn’t ask an artist to paint a picture without providing them with a brush, would you?

New ladies’s soccer match because of be hosted by England this...