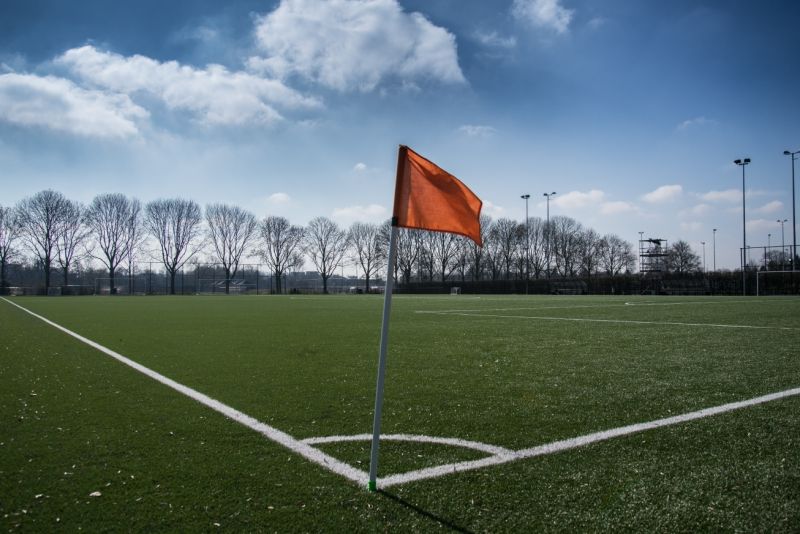 With goals from Jamie Easton, Ryan Nicoll and Chris Forshaw, Capenhurst Villa rose to second place in Division One of the MSC Express West Cheshire League.

After the 3-0 eclipse of Prescot Cables Res on Saturday, the South Wirral challengers have reduced Mersey Royal’s lead to just four points.

At the other end of the table, Ellesmere Port Town met through Tom Merrill, but it was Rainhill Town who took advantage of the 4-1 win with Dave Kelly (2), Joe Croxford and Rob Schenck. Louis Moss and Rory Harper signed up for Chester Nomads in their duel with Vauxhall Motors, but a smart double from Ben Lawrence earned the Motormen some of the points.

A single hit from John Howard brought undefeated challenger Bootle St. Edmunds maximum returns from his trip to Heswall, and a hat-trick from Tom Davies led Ashville to a 6-1 decision over Aintree Villa. Tommy Johnstone, Gary Jones and Peter Morgan also made the scorers list.

Sam Lawrenson scored the only goal of the game as Maghull defeated the Redgate Rovers and the same results for Marshalls were enough to take all three points against Newton, with Alex Scultz taking the winner.

In Division Two, a hat trick from Connor Lindsay was complemented by another performance from Sonny Dean when Helsby defeated Cheshire Lines 4-2. At the Wirral Tennis Center, hat tricks by Danny McLoughlin and Ben Kearney inspired fourth-placed Mallaby to a 6-0 result over Marshall’s Reserves.

On the negative side, a triple from Tom Quinn was in vain for Poulton Vics, who surrendered 4-3 to the responses from South Liverpool Res. Bobby Murphy (2) James Weslsh and Daniel Richman. West Kirby was denied a portion of the booty when third-placed Runcorn Sports went home with three points thanks to an individual effort from Steve Woodward.

The top of the division 3 table meets between leaders Bootle Res. And closest rival, Sutton Ath. scored a 1-1 finish, with neither side suffering defeat yet. Sal Djabi scored for Bootle with Matty Vickers in response for the South Wirral outfit.

Poulton Royal finished fourth in the table with goals from Dan Lamara, Tommy Carroll, Ben Hawitt, Callum Evans and Ben Carr-Lowe after beating Poulton Vics Res. 5-0. It was celebration time for the Chester Nomads Reserves, who won 4-0 in Willaston with Simon Andrews (3) and Danny Clewley at the finish.

George Patchett (2) was added to the match report list by Ryan Stanyer and Jack Sailes when Groves drew a 4-2 result against West Kirby Res. who strike back over Steve Teale and Shaun Anderson. A double from Mike Brennan was the contribution of Mersey Harps to the 2-2 draw against Heswall Res. Who bagged a welcome point with the answers from Jamie Steele and Kieran Harris.

Still looking for their first win of the season, Ellesmere Port Town Reserves scored through John Skipsey and Jake Thornton but lost 3-2 to Runcorn Sports Res, and a goal from Serge Nshimba was no reward for Neston Nomads going through Gates unlocked from Aintree Villa Res. ‘ Dom Waite (2) and Joel Jackson.

Vauxhall Motors, with the maximum number of points from the first three appearances, is two points at the top of the youth division and owes its 4-0 win over Maghull to goals from Jamie Gann, Owen Allport, Sam Griffiths and Callum Hill.

They scored the same result against Mossley Hill Athletic, with Jack Burke (2) Tom Evans and Lewis Walsh looting the gates while third-placed Victoria Colts remained in the competition after beating AFC Knowsley South 4-2 against Rory Aldiss (2) Joeseph Emery had defeated and Rocco Sivalo give the finishing touches. Simon Hagos and Lewis Reid answered for Knowsley.

Nathan Leitch and Tom Simpson scored for Runcorn Linnets Yellow, but guests Poulton Vics had an ace up their sleeve in three-goal shooter Thomas Davies that sealed Wallasey’s first win of the season.