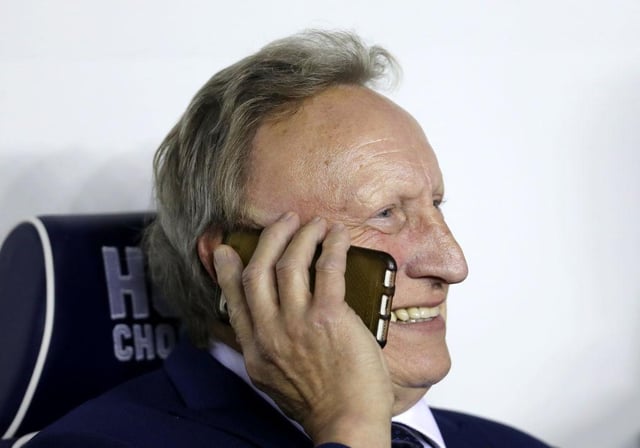 Boro’s priority is to sign another popular player before the end of the transfer window. Warnock announced earlier this week that they had a deal to attract a player.

Speaking of transfers ahead of Boro’s game against Blackburn this weekend, Warnock said: “We still have one option as a striker and that would be a last minute loan.

“If not, we’ll stick with what we have. We have three good forward options when they’re playing so you can’t really try.

“The other night you see Forest and the forward line they were done with – (Lyle) Taylor and (Lewis) Grabban and (Anthony) Knockaert etc. It was a forward line that.

“We may just have to get on with what we have and do the best we can.”

When asked about the mainstream player he was referring to earlier this week, Warnock added, “We’re a little more optimistic.

“We have three or four irons in the fire, we want two if we can.

“I’m still optimistic that we can get one, maybe two, and I’d be happy if we do.”

One reason the winger deal wasn’t closed earlier is because the Premier League club wants to review its options before loaning the player out.

When asked if the deal is likely to last until the last few days of the window, Warnock replied, “I would expect it. We hope until then because we’d like to bring him up against Rotherham.

“You saw the other night on the bench, there wasn’t much on the bench. We could use a few more attack options if I want to get something done before Wednesday.

“The striker will be at the last minute and then it’s up to the player whether he chooses us. I think there will be three or four clubs for him.”

Boro can also allow more younger players to be loaned out before the end of the month.

A message from the Football Clubs Editor

Our goal is to bring you the best, most current and informative Middlesbrough coverage 365 days a year.

This depth of coverage costs. To maintain the high quality coverage you have come to expect, you should take out a subscription to our new sports-only package here.

Your support is greatly appreciated. Richard Mennear, editor of the football clubs

Bibiana Steinhaus: Referee to supervise officers in WSL and Championship this...