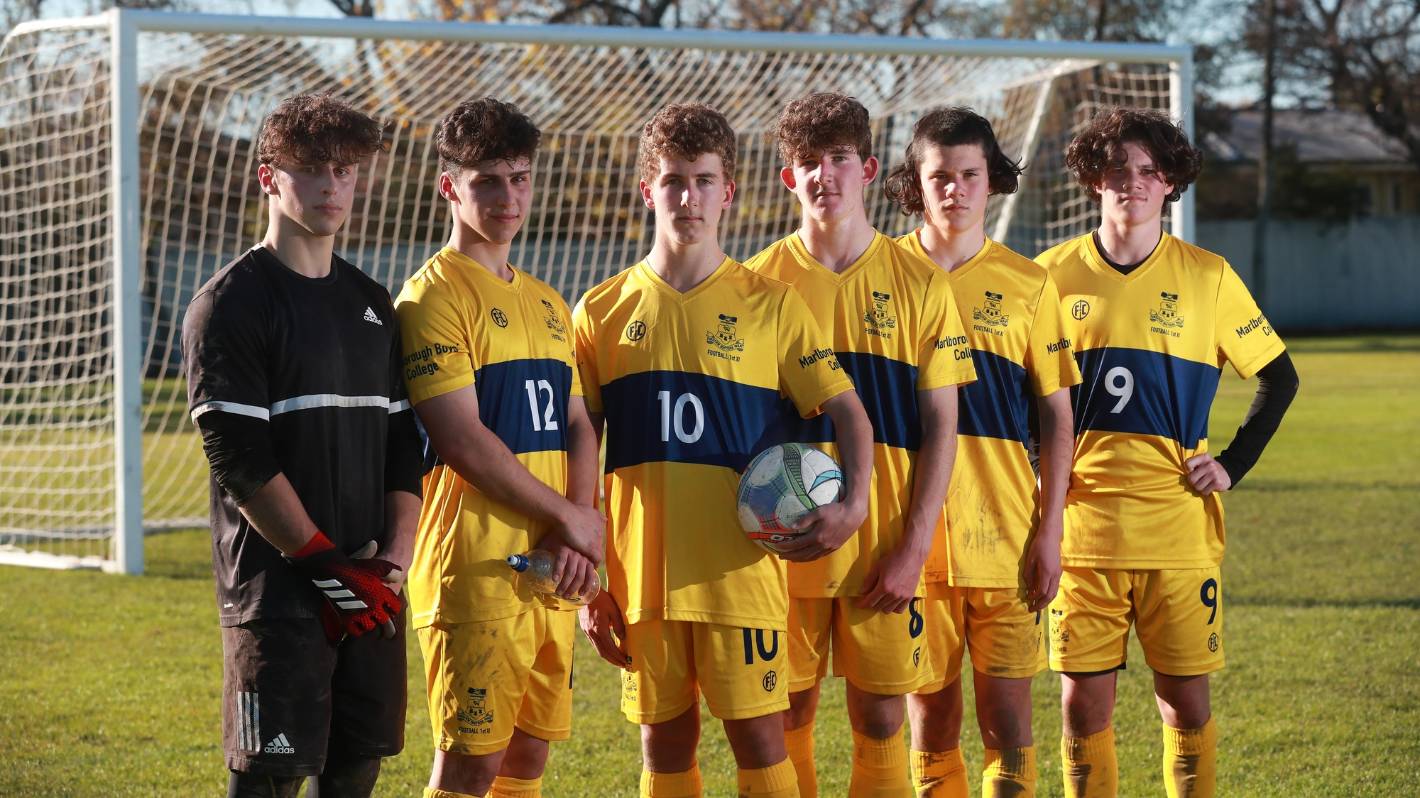 If anything, there wouldn’t be many sports teams with three pairs of twins on their starting grid – but the Marlborough Boys’ College football team can.

The first team to enter the field against Nelson College on Thursday were captain Jay Geris, 17, his goalkeeping twin brother Luca, twins Josh and Liam Clamp, who played on their seventeenth birthday, and Boyd Elvy, 16 and Twin Kane.

While all the boys grew up with their twin, last year it was the first season they were all on the same team. This year they went one step further and played club soccer together on the weekend.

“This is probably my twelfth year and Lucas play on the same team,” said Jay.

“We obviously know each other very well. We talk about things at home and often know where others are playing and what they are doing.

“We can communicate much more easily.”

The twins Luca Geris (left) and Jay Geris have been playing on the same team for 12 years.

He joked that the only thing he didn’t like about the game with Luca was when he got her late for training.

“That’s about it, otherwise everything is pretty good.”

Playing with the other two pairs of twins also helped: “We grew up with them. It’s going pretty well. “

The team at halftime on Thursday.

Luca has been a goalkeeper since he was eight.

“I think it’s probably the adrenaline I like about saving,” he said.

Boyd says people often ask who is the better twin, but in the end it all came down to who played which position.

Kane and Boyd Elvy said they had played soccer together since they were 5 and this was only their second game for college.

Twins Boyd Elvy (left) and Kane Elvy are playing for the Marlborough Boys’ College in their freshman year.

Boyd said people always asked who the better twin was.

“I always say, oh, he’s better than me in this position, but I’m a lot better than him in any other position,” he said.

Josh and Liam Clamp have been on the same team for 11 years.

“I think it’s pretty good because we know how the other one is playing,” said Liam.

Liam, left, and Josh Clamp took to the square on their 17th birthday.

Josh said it also helped that they could train together at home.

“That can sometimes be irritating because we are critical of each other. But that’s not bad either, because it can make us try harder, ”he said.

“We can get away with being mean to each other too.”

The twins all thought that Thursday’s game, which was only their second of the season, had gone well, despite ultimately losing 2-0 in the national qualifier at A&P Park. At halftime it was 0-0 and the close game was decided by two late goals.

“We knew what to expect because we knew some players. We’ve played it before, ”said Liam.

“We were a little nervous when we got in there. But we have a good team, I think we’ll get better the more we play and train together. “