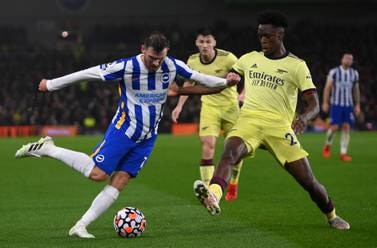 Watford announced on Sunday that Xisco had “left his post” at the club as the Spaniard became the first manager to be sacked during the new Premier League season.

Xisco, 41, arrived at Vicarage Road in December 2020 and led the club to promotion to the Premier League. Watford began his return to the premier league with a 3-2 win on day one against Aston Villa, but suffered four losses in the next six games.

Xisco’s last competitive game was the 1-0 defeat at Elland Road, which brought Leeds United their first win of the season and Watford lost to 14th place in the table.

“Watford FC confirm that Xisco Muñoz has left his post as head coach of the club,” the club said in a statement.

“The board believes that recent performance strongly suggests a negative trend at a time when team cohesion should be visibly improving.

“The Hornets will always be grateful to Xisco for his role in promotion last season and wish him all the best for his future career in football.”

Xisco’s departure continues a revolving door policy at Watford that dates back to 2008. Over the past 13 years, Watford has hired and fired 17 permanent managers.

High-flight soccer in Wales might be again in March